Archbishop Wenski came to Columbus yesterday, August 30, to celebrate Mass with the entire student body in honor of the 60th anniversary of CCHS. At the end of the Mass, Br. Kevin presented the Archbishop with a Columbus motorcycle helmet. All photos by junior Eric Contreras. 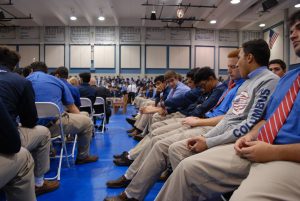 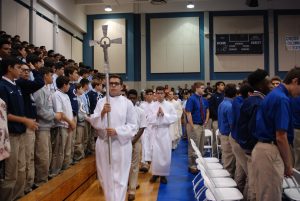 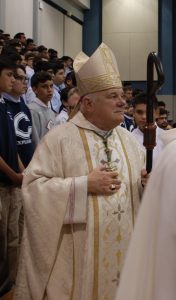 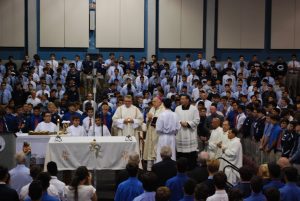 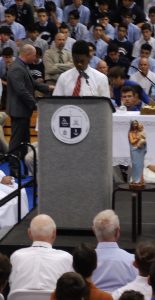 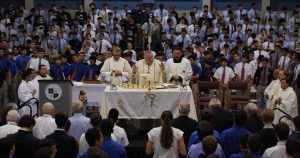 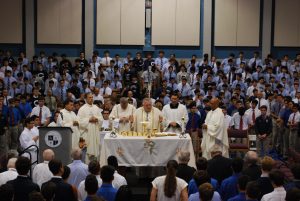 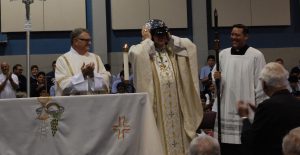 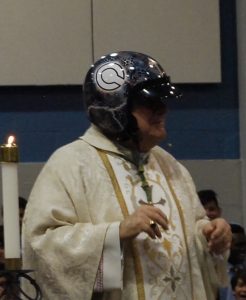 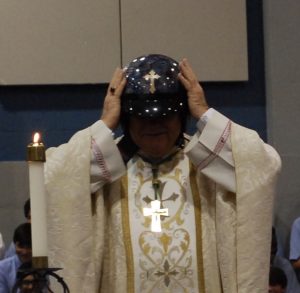