A MMT Perspective on the Role of Taxes 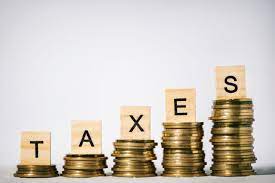 In the last two decades, a heterodox economic theory called modern monetary theory (MMT) has intrigued many in the United States. This post-Keynesian school of macroeconomics challenges some of the most fundamental assumptions of orthodox economic discourse. One of its main contentions concerns taxation, holding that taxes are not actually a source of revenue for a government; rather, taxation has many other purposes.  This writing will summarize the MMT theory of taxation.

The conventional story about taxes is that they are a source of revenue for the government, but, according to MMT, this notion is mistaken since it fails to recognize the government as a monetary sovereign currency-issuer. This story follows the (TAB)S model, which implies that taxing and borrowing precede spending, but the true model is S(TAB). The government must logically spend money into the economy first, supplying the people with money, so these people can then pay taxes and purchase Treasuries. The government funds the people, not the other way around.

In addition, the government’s spending is in no way constrained by the amount of ‘revenue’ it collects either. A monetary sovereign does not face any budget constraints. L. Randall Wray in “What are Taxes For? The MMT Approach” writes, “All of this was recognized by Beardsley Ruml, a New Dealer who chaired the Federal Reserve Bank in the 1940s; he was also the ‘father’ of income tax withholding and wrote two important papers on the role of taxes (‘Taxes for Revenue are Obsolete’ in 1946, and ‘Tax Policies for Prosperity’ in 1964).” He continues,

“In his 1964 article, he emphasizes that ‘We must recognize that the objective of national fiscal policy is above all to maintain a sound currency and efficient financial institutions; but consistent with the basic purpose, fiscal policy should and can contribute a great deal toward obtaining a high level of productive employment and prosperity.’ (1964 pp. 266–67)… He goes on to say that the US government gained the ability to pursue these goals after WWII due to two developments. The first was the creation of ‘a modern central bank’ and the second was the sovereign issue of a currency that ‘is not convertible into gold or into some other commodity.’ With those two conditions, ‘[i]t follows that our federal government has final freedom from the money market in meeting its financial requirements….National states no longer need taxes to get the wherewithal to meet their expenses.’ (ibid pp. 267–8)”

These developments for the monetary sovereign are what give it the abililty to spend without revenue constraints.

So, when the federal government spends, all that happens is Congress authorizes spending and commands the Federal Reserve to credit the appropriate accounts by typing a few keys on a keyboard. Spending by the currency-issuer is the issuing or creation of money. Taxation, on the other hand, happens after and it can be understood as the destruction of money. “Tax payments debit the accounts of taxpayers,” says L. Randall Wray. That is all that occurs. When the government taxes, it subtracts money from everyone’s accounts, deleting it. The money is not actually going anywhere.
In his book The 7 Deadly Innocent Frauds of Economic Policy Warren Mosler illustrates this best writing,

“Imagine you are expecting your $2,000 Social Security payment to hit your bank account, which already has $3,000 in it. If you are watching your account on the computer screen, you can see how government spends without having anything to spend. Presto! Suddenly your account statement that read $3,000 now reads $5,000. What did the government do to give you that money? It simply changed the number in your bank account from 3,000 to 5,000. It didn’t take a gold coin and hammer it into a computer. All it did was change a number in your bank account by making data entries on its own spreadsheet, which is linked to other spreadsheets in the banking system. Government spending is all done by data entry on its own spreadsheet called ‘The U.S. dollar monetary system.’”

When it spends, the government just issues the currency without having to get it from anywhere or anyone, and when it taxes after, the government simply subtracts a particular amount from the appropriate accounts. But what if you pay with cash at your local IRS office? Mosler writes,

“First, you would hand over your pile of currency to the person on duty as payment. Next, he’d count it, give you a receipt and, hopefully, a thank you for helping to pay for social security, interest on the national debt, and the Iraq war. Then, after you, the tax payer, left the room, he’d take that hard-earned cash you just forked over and then send them out to be shredded (any older cash used to make payments to Federal Reserve Member banks is sent to the shredder).Yes, it gets thrown it away. Destroyed! Why? There’s no further use for it. Just like a ticket to the Super Bowl. After you enter the stadium and hand the attendant a ticket that was worth maybe $1000, he tears it up and discards it.”

The stadium does not need your ticket to offer for the next game. Instead, it creates or issues new ones in a similar way our government does. Mosler continues,

“In fact, you can actually buy shredded money in Washington, D.C. So if the government throws away your cash after collecting it, how does that cash pay for anything, like Social Security and the rest of the government’s spending? It doesn’t. Can you now see why it makes no sense at all to think that the government has to get money by taxing in order to spend?”

For further support we can just listen to Federal Reserve Bank Chairman Ben Bernanke. When asked “Is that tax money that the Fed is spending?” he replied, “ It’s not tax money. The banks have accounts with the Fed, much the same way that you have an account in a commercial bank. So, to lend to a bank, we simply use the computer to mark up the size of the account that they have with the Fed.” Mosler says, “the Chairman of the Federal Reserve Bank is telling us in plain English that they give out money (spend and lend) simply by changing numbers in bank accounts. There is no such thing as having to ‘get’ taxes (or borrow) to make a spreadsheet entry that we call ‘government spending’.”

It is that simple. How does the government spend? “Keystrokes,” says Wray. The money does not come from anywhere, it is created by the currency-issuer. Thus, taxing and spending are functionally two completely separate operations. The government issues the money with a few keystrokes at the Fed first, and then it taxes, removing some from circulation.

The Purpose of Taxation
But all this begs the question ‘Why does the government levy taxes if taxpayer dollars do not finance government spending?’ It is a fair question. The entire mainstream economic understanding of taxation was just flipped on its head, so obviously people would wonder what MMT has to say about the purpose of taxation. Luckily, MMT can answer this question and it is no better addressed than in Stephanie Kelton’s The Deficit Myth where she describes four important reasons for taxation.

First, taxes enable a government to provision itself and create demand for a government’s currency. As Warren Mosler jokes, “taxes turn litter into currency.” This is because the U.S. dollar does not have any intrinsic value. After all, it is just a piece of paper with some symbols on it and is worthless to someone who does not need it to pay taxes. Since the government does require people to pay taxes, however, a demand for the dollar is created and people want to work for those dollars to pay their tax. It creates a workforce of people who work and produce things, sometimes for the government, in exchange for dollars, so they can give them back to the government who demands them. Taxes are then necessary for creating demand for currency and a working economy.

The second important reason is that taxes control inflation. It is the debiting of people’s accounts that removes currency from circulation. If there is too much money circulating in the economy, the government can tax money out to prevent any inflation. If there is too little money in the economy, the government can lower taxes, allowing more people to keep their money and then spend more. Taxation is essentially a way for goverments to regulate aggregate demand and thus inflation in the economy.

The third reason is that taxes are a “powerful way for governments to alter the distribution of wealth and income,” as Kelton states. For example, Trump’s tax cuts for the rich widened the gap between the rich and the poor. Tax increases for the rich, however, would help close this gap. However, you must remember that these increases are not to pay for anything. Subtracting money from Jeff Bezos’ bank account will not “pay for” all the “goodies [liberals] want to shower on the poor,” says Wray. It will simply alter the distribution of wealth to serve the common good.

The fourth main reason is that taxes can encourage or discourage certain behaviors. A sin tax, for example, is to discourage undesirable behaviors like smoking and polluting. If the government levies a carbon tax, it is to discourage companies from releasing high carbon emissions.

These are four important reasons for taxation and financing government expenditures is not one of them. In sum, the government essentially “creates money by spending and destroys it by taxation,” writes Matthew B. Gilbert for the Harvard Crimson. It is that simple, yet conventional ‘wisdom’ does not understand this.

In Conclusion
Therefore, it is absurd to say that taxes “pay for” federal spending. Logically, they do not and cannot. As a monetary sovereign currency-issuer, the government is in no case “operationally constrained by revenues, meaning there is no ‘solvency risk’,” Warren Mosler writes. This clarification on the role of taxes is necessary to improve our use of fiscal policy and to create policies that better serve the public purpose.

By Nicholas DiazMay 27, 2022Opinion, PoliticsLeave a Comment on A MMT Perspective on the Role of Taxes