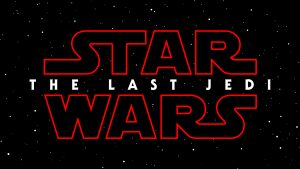 The days until Star Wars: The Last Jedi are thinning, and as we get closer to the movie’s release, the excitement keeps on building. Whether you’re getting ready by re-watching The Force Awakens, the other Star Wars films, or watching the trailers for The Last Jedi on loop, the two year wait for the return of all of our favorite characters (except Han Solo…) is almost over.

Although 2017 was filled with great films, I assume that many if not most moviegoers, including myself, are putting The Last Jedi as their most anticipated movie of the year. What’s not to be excited about? Who doesn’t want to see TIE Fighters and X-Wings blowing each other up again, or our favorite characters fighting for the fate of the galaxy? Here are some of the things that I am most looking forward to…

Firstly, I’m excited to learn more about the First Order, and the looming leader behind it. We didn’t get much information on who exactly Supreme Leader Snoke is in The Force Awakens, and I’d like to learn more about his motivations and how powerful he really is. Speaking of the First Order, I am also really excited to see how Kylo Ren’s story develops in this movie. When we last saw him, Kylo Ren had an inner conflict, and I’d like to see how he continues to deal with this conflict.

Of course, the stories of our heroes will also continue, although many of the Resistance’s main players seem to be separated during this installment. Poe will be protecting the galaxy in his X-Wing, Finn and new character Rose seem to have their own mission to accomplish, and Rey and Luke Skywalker are focusing on what the Force truly is.

Obviously, there’s going to be more to the new film than just what I’ve mentioned, but in just a few days, we’ll finally be able to watch The Last Jedi and find the answers to questions so many have been asking. Star Wars: The Last Jedi comes out on December 15th, with the John Williams soundtrack and all.