By Dylan Moure and Matthew Rembold 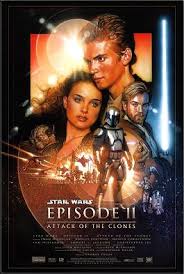 Star Wars: Attack of the Clones was directed by George Lucas. Some say it’s better than Star Wars: The Phantom Menace, some say it’s worse. For the people calling themselves Original Trilogy fans (OT fans), even if one thinks the prior movie is better, this film is nowhere near the top ranks of Star Wars.

The year was 2000 when George Lucas, along with Jonathan Hales, wrote the story for Attack of the Clones. The working name of the movie was dubbed Jar Jar’s Big Adventure due to the extreme dislike for Jar Jar Binks in The Phantom Menace. Although this was a joke, this already warned several OT fans of what was coming.

Of course, it was no surprise that most OT fans did not like Attack of the Clones at all. George Lucas had “failed them for the last time,” as Darth Vader would say. This is probably the lowest George Lucas went according to many fans, although some OT fans were also disappointed with Dave Filoni’s Clone Wars interpretation, which had Lucas’ approval.

Ultimately, it was Attack of the Clones that lead to the documentary titled The People vs. George Lucas. The documentary gave OT fans power to say that the Prequel Trilogy was not good, and that George Lucas was no longer to be trusted with the franchise. Yes, some parts of the documentary were extreme and explicit, but it served confused fans well. Many OT fans felt that the opinion that they created was set in stone.

At the end of the day, Star Wars is split into subdivisions of fans. This is what makes the franchise great. The franchise includes materials from video games, books, and of course, movies. Some things for fans can be considered amazing, part of each fan’s respected Star Wars timeline (or canon), or both. Any fan can pick out whatever he or she wants out of the enormity of Star Wars, even if it happens to be the smallest detail.

Post 1999, many fans of Star Wars were feeling some what betrayed. The film that was supposed to bring back the Star Wars story for a new generation of fans had left some partly satisfied, some disappointed, and some in denial. The revival of the series raked in lots of money to be sure, but it really wasn’t what fans had hoped for. In 2002, three years after the release of Star Wars: The Phantom Menace, the promise of seeing the Star Wars title crawl on the big screen was given to fans once again. The second movie in this Prequel trilogy was finally being released. Many hoped that it would be better than its predecessor, while others were skeptical of the new release. There was excitement, but no where near as much as the previous movie received. To many fans’ disappointment, Attack of the Clones was another colossal bomb in the Star Wars saga, and this one in my opinion, is even worse.

The second chapter of Anakin Skywalker’s (Hayden Christensen) story is set ten years after the Phantom Menace and follows the Jedi Padawan as he must protect Senator Amidala (Natalie Portman) from assassination. As the two hide away from the treacherous attempts on the senator’s life by the new villain against the republic, Count Dooku (Christopher Lee), the duo begins to fall in love, an act forbidden to Jedi. Meanwhile, Obi-Wan Kenobi (Ewan McGreggor), now Anakin’s Jedi master, is investigating the mysterious Clone Army created for the Republic, which may have a connection to Dooku and his plans.

I want to state once again, that if you enjoy the Star Wars prequels, more power to you. I’m glad that there are fans of these films out there, it adds variety to the people who watch these films. It’s not simply people who live and die by the originals, there is diversity of opinions amongst the fans, which is always good to have. I personally, though, cannot find much enjoyment in this film.

The acting has not improved much since Phantom Menace. Ewan McGreggor gives perhaps the best performance of the film, doing the best he can with what’s given to him. He begins to show here that he is the quintessential actor to play a young Obi-Wan in this series. Christopher Lee also gives a good performance, but his limited screen time in the movie really does not give him room to shine.

I won’t hate on Hayden Christensen’s performance as Anakin Skywalker any more than I have to. I think it’s a wooden, whiny show that in no way makes me believe that this brat will grow up to become Darth Vader. His acting also does not lead me to believe that he and Natalie Portman’s character are really falling in love. Neither actor does a good job in their roles, but I cannot fault them for giving bad performances since it was George Lucas who directed them to act the way they did and wrote the dialogue they needed to say.

The script for this film is even worse than Phantom Menace’s in my eyes. Lucas’ dialogue is now not only boring, but it’s also very cringe worthy. When I say this I am of course referring to the terrible love dialogue given to poor Natalie Portman and Hayden Christensen to say throughout the film. It really is awful and as I said before, does not make me believe for an instant that these two are falling in love.

In terms of action, it is good in some parts, not so good in others, but it never feels incredibly exciting or well executed. There is no real standout fight scene in this film for me since many of them are pretty bland. Obi-Wan vs. Jango Fett on Kamino is a pretty fun fight for the most part, it’s cool to see a horde of Jedi take on battle droids on Geonosis, but the fight between Count Dooku, Obi-Wan, and Anakin is just odd. It feels in this scene as if Lucas was trying to be artsy and less choreographed like in his light saber fight in the Phantom Menace.

I personally do not like what comes after when Jedi Master Yoda comes out to fight Dooku, but instead of only using the force and fighting with the skills a Jedi master would have with the force, he simply pulls out his light saber and starts jumping around like a beach ball swinging at Count Dooku. I felt like a strict fight using only the Force would have been much more entertaining for these two characters, especially for Yoda who in the original movies was portrayed as the wise Jedi who only needed the Force to guide.

There is one very good scene that is simply too short. The scene is when Anakin finds his mother who has been tortured by Tusken Raiders on Tattoine. His mother dies in his arms and Anakin goes into a rage, slaughtering Tusken Raiders, yet we don’t get to see his true emotion, his true character development where we see how his character could become Darth Vader later on. It ends too soon and it’s disappointing.

Overall, the film isn’t very good. It’s  my least favorite of the films because of the terrible romance scenes between Anakin and Padme, overuse of CGI, and just bad story. Any scenes of true emotion are way too acting isn’t great, and the story is relatively weak. I don’t recommend it unless you want to get the entire Star Wars story.