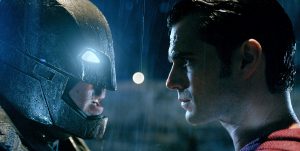 In early 2016, famed director Zack Snyder, known at the time for directing hits such as 300 and Watchmen, released the long-awaited sequel to his 2013 DCEU entry, Man of Steel. The film was immediately panned by critics who misunderstood its inherent and convoluted plot, while still making bank at the box office. Many reviews stated that the battle between the two protagonists was too succinct, or that Wonder Woman was poorly used. However, through individual character analysis and critique, I would like to argue that Snyder’s BVS is not only the best superhero film ever made, but one of the finest films ever committed to celluloid.

Let’s start off with our first protagonist, Bruce Wayne/Batman. We as an audience have to realize that this is a much older and rattled Bruce than the one Nolan gave us in his Dark Knight trilogy (2005-12), and that he has a relatively dark past. Although the film doesn’t completely go into the specifics regarding the latter, we as the audience can put context clues together and figure out that Batman lost his sidekick Robin to the Joker many years ago. This would explain the trauma that we see Batman go through throughout most of the main plot line, ranging from him marking his victims in a violent manner to killing his enemies. Bruce isn’t the same, and this is his way to cope with a loss that he feels he instigated. When Superman ravages Metropolis, we see Bruce question the power of otherworldly creatures and personas, and develops a feeling of abhorrence toward The Man of Steel. Bruce can simply be an allegory for the common man, and the way we perceive otherworldly forces of nature, such as Superman. Bruce is simply enveloped by the powers of darkness that have embraced him, and he is trying to in a sense metaphorically shed himself of that nature to become the hero that he wants to be remembered as, not a villain begging to be forgotten.

While most people think that Affleck’s portrayal of the Caped Crusader made him the best part about BVS, that is where I draw the line. The entirety of the film itself focuses on one core concept. WHO is Superman? WHAT is Superman? Throughout the film, Superman is portrayed as a Christ-like figure and Snyder knew what he was doing when he wrote the character. In Man of Steel, Clark loses his earthly father Jonathan Kent during a tornado that ravages most of Kansas. This differs from much of the comic material, being as how Jonathan Kent never died the way he died in the film. One would say that Clark’s father is a loose allegory of Joseph, Jesus’ father figure that strangely disappears during the events of the Bible. Superman is an entity that has godly powers, and the world perceives him in a mixed manner, as can be determined from interviews midway through the film. However, the sub-character of Clark Kent within Superman gives Clark a humanistic outlook on the way humans live. Clark feels pain, love, joy. While he has godly powers that cannot be explained by human nature, he has a human side, and most of that can be attributed to the fact that he is the film’s accurate representation of Christ. There is a scene midway through the film during which different news channels portray Superman in different ways, referring to the way different parts of the world portray the Messiah in their own manner.

Now that we have analyzed our two central characters that are vital to the story, we can move on to the film’s most controversial and talked-about scenes, and break them down meticulously to show just how magnificent they really can be. 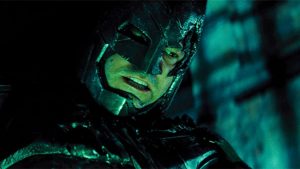 This scene can be extremely difficult to analyze if you failed to pay attention during my analysis of Batman earlier in the article. So let’s take a further look at the scene and what Snyder really meant to an extent when he made it. When Batman picks up the spear and holds Superman down to finish him off, Superman yells, “You’re letting them KILL Martha!” Now, comic book fans already must have spotted that Bruce Wayne’s mother is Martha Wayne and Clark Kent’s earthly mother is Martha Kent, but that isn’t the basis of this powerful scene. Luckily, the cavalry arrives in the form of Lois Lane (Amy Adams), and stops Batman from killing Superman. However, you can see that his expression went pale, and he is thinking about past events that have all led up to this. He has become what Alfred said he would become: cruel. He analyzes his missteps and his faults, and in that moment realizes that Clark may be a god, but is a human, as well as coming to terms with his former sidekick’s death. It isn’t explicitly shown because Snyder wanted to craft a grandiose sense of ambiguity and have that dominate the scene. Critically, this may not have worked, but in the grand scheme of things, Snyder crafted one AMAZING scene, where one overcomes grief, realizes love, and forms friendship. 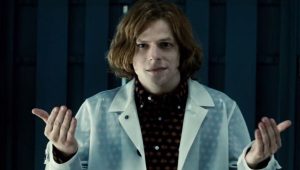 Jesse Eisenberg’s casting as the renown villain Lex Luthor still remains criticized to this day, and I find that fact especially baffling to believe considering that out of every actor, he has given the best performance. Lex Luthor’s role in the story is a different role than one he would be used to in a normal Superman film, as in the film he serves as a conscientious mediator between God and Man. He is riddled with insanity, but uses it to his advantage, crafting elaborate traps for both protagonists and using them to his advantage. He isn’t concerned with money, as Gene Hackman’s portrayal generally is, rather he is a lunatic that is concerned with the greater beings that patrol our distant universes. His plans to frame Superman and Batman work perfectly, and they each develop antagonistic feelings for each other before clashing on a rooftop to prove who the greater is: God or Man. Eisenberg’s portrayal is extremely well-done, and while he doesn’t perfectly resemble the Lex Luthor from the comic books in looks or delivery, he does a mighty fine job of driving the plot forward and giving our protagonists issues of wildly cataclysmic proportions.

Generally, this film can be interpreted in two ways. It can be seen as a fight between two superheroes with no deeper or emotional weight to its storytelling, or with deep-enough analysis of the film, become a battle of two different theological ideas that argue God’s true nature. Is He here to help us, or is He here to destroy us? Snyder sprinkled ambiguities all throughout this wonderful masterwork of superhero cinema, and while my analysis was for the most part thorough and concise, let me know of any questions you may have in the comments.