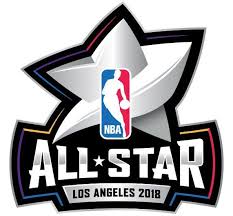 The NBA All-Star game has been historically known for its notorious defense and lackluster competitiveness. Even though it may have the best talent the NBA has to offer, that talent and superstar status doesn’t necessarily translate to the basketball court. NBA stars are not willing to put their bodies and health on the line with the playoffs so near. The NBA All-Star game is looked at as an event rather than a professional game but NBA commissioner Adam Silver has improved his efforts to change and revive the All-Star game.

If you were thinking yes then you’re wrong. Sorry to disappoint you but the difference of seventy-five thousand dollars means nothing to these players especially when the salary cap has risen and will continue to rise for the years to come. Many of these All-Stars earn an average of seventeen million dollars. We have even begun to see players sign many of the first two-hundred million dollar contacts. So money is not the answer. So what is?

The NBA over the last several years have continuously tweaked or completely changed the format of the All-Star game. This year we were introduced to the All-Star draft. In this new format, we are given team captains from each conference in which their role is to select players from whichever conference which has eliminated the East vs. West format we are so accustomed to seeing. Could this intensify the All-Star game? No, but it could have given us something fun to watch. A televised draft would have seen the likes of LeBron having to choose former Cavalier teammate Kyrie Irving or other rivals like Kevin Durant from the Golden State Warriors. Unfortunately, we were not given this option. Adam Silver decided to not televise the draft. So long for that idea.

In reality the NBA-All Star game will remain the same as it always is: a simple exhibition game. In order to get players to buy in it would take a severe change and the NBA is not willing to tinker with anything drastic. This game is an event and that’s how it should remain. On the bright side we have new faces to the game that many fans should be excited for.

The likes of Giannis Antetokounmpo, Karl-Anthony Towns, and Joel Embiid all offer young, exciting, and charismatic personalities. Even though this may not improve the quality of the game, it should at least offer some entrainment as we watch them catch lobs and show off many of their other skills on the court. So this is what we have to remain with and most likely for many years to come. But don’t forget a new format change for next year.

By Victor Kusche-IglesiasJanuary 31, 2018Editorials, SportsLeave a Comment on Can the NBA All-Star Game Problem ever be solved?