Check The Rhyme: An Homage to A Tribe Called Quest

A common topic of discussion whenever I meet someone for the first time is music: I’m usually asked: “What music do you listen to?” or “What’s your favorite song?” or “Who’s your favorite artist?” and I never have a hard time answering these such questions.

My response is almost immediate, if not automatic, before they even finish their question. “A Tribe Called Quest,” shoots out of the gun that is my mouth. 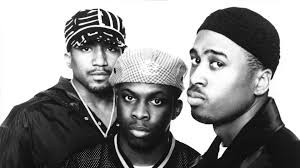 Now, I understand that music can be a sensitive topic, since everyone has their own taste. However, in my opinion, A Tribe Called Quest is, by far, the best Hip-Hop/Rap music. I respect other genres, and truly believe that there is no G.O.A.T. because music adapts to the time, and people’s tastes definitely change over the course of their lives, but, when referring to “The Golden Era of Hip-Hop” (which took place in the 1990’s), Tribe tops it all.

Consistency is hard to come by in music. For example, Kendrick Lamar going from “Good Kid, M.a.a.d. City” (which, in essence, is the “Abbey Road” of Modern-era Rap) to “To Pimp a Butterfly” is a major drop-off.

Tribe, though, had an incredible run from 1990-1996, where the group released 4 studio albums that are all incredible. Simple drums, Jazz samples (discovered by Q-Tip & put together by Ali Shaheed-Muhammad), along with Phife Dawg’s flow, and their often coined “afro-centric” rhymes all came together to create the legacy they have left behind today.

A Tribe Called Quest paved the way for artists such as Busta Rhymes (sometimes featured in their songs), and Kanye West (who gained status by producing anthems for my generation using his sampling skills that shadow those of Q-Tip). 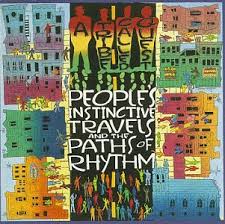 I was inspired to write this article because the 25th anniversary of their most impressive work (their first album: People’s Instinctive Travels and the Paths of Rhythm) comes out in under two weeks. In anticipation, I wanted to culture those of you who aren’t familiar with the group. All four of their studio albums can be found on Youtube, so, I am attaching the links below plus a list of my favorite tracks and some other stuff you should check out. I highly encourage you all to take the time and listen to these albums.

People’s Instinctive Travels and the Paths of Rhythm (1990): https://www.youtube.com/watch?v=QXzmp9KUWSo