Climate Change will be Far More than an Environmental Issue

These future problems aren’t just some far off issues for a distant time anymore. They’re happening right now, or will be in the near future, in an area known as the Horn of Africa, shown on the map below. 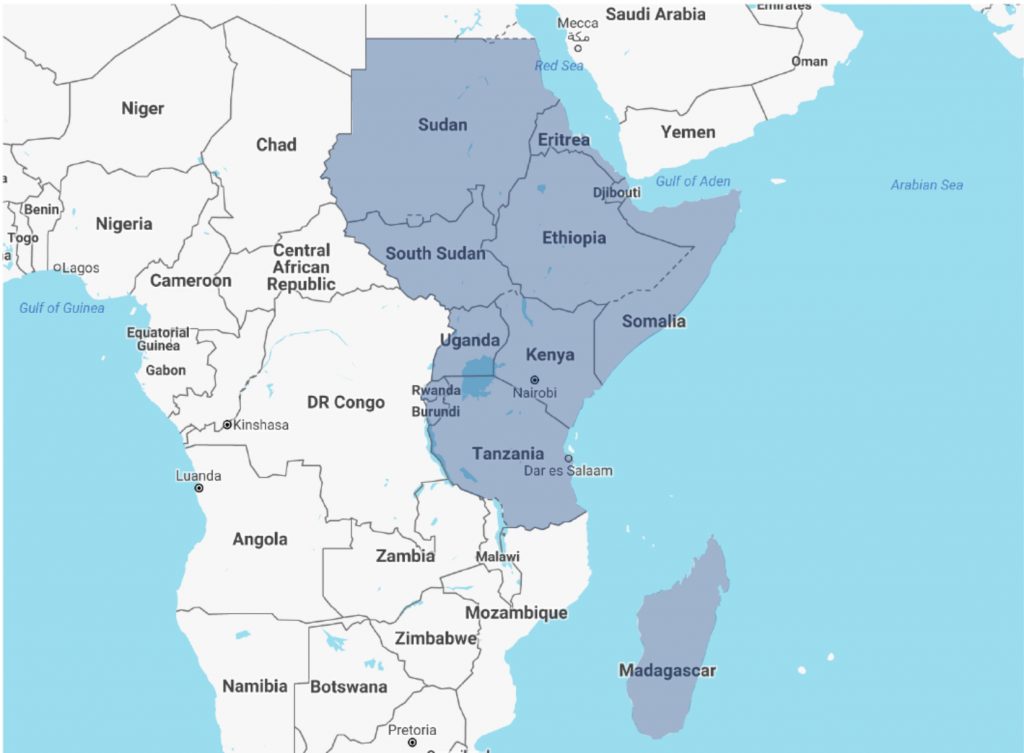 Although the Horn is very far from America, the already drastic effects of climate change in the area show what could happen not only in here, but around the world, if things continue to get worse.

As of now, this area is home to some of the world’s most vulnerable countries when it comes to climate change, which are being or will soon be plagued with related issues like drought, rising sea levels, increased piracy, ocean acidification, and human displacement.

The issue that has definitely been most prevalent in these areas is climate change-related drought. The way it works is that as the world gets hotter, more fresh water is not only evaporated, but there is also a greater demand for it. In addition, normal rain patterns can be altered, bringing less rainfall. In areas like the Horn, where droughts have always happened naturally, they are only being made much worse than normal.

This has already happened in this area in what was known as the 2011 East Africa Drought. In what the UN labelled as the area’s worst drought in 60 years, 100,000 people lost their lives and millions more were in need of emergency aid. Hundreds of thousands of people were also displaced and had to move to refugee camps. To make matters worse, the lack of resources and unusual movement of people only made already existing tensions worse, and terrorist groups even banned foreign aid workers from going into certain areas.

But the area’s problems don’t end there. Another huge issue facing the area is rising sea levels. In the past decades, the Horn has seen massive urbanization. Problem is, many of these cities are on the coast and aren’t too high up. For example, Mogadishu, Somalia (2.1 million) and Djibouti City (550,000) are located at elevations of only 30 ft and 46 ft respectively, being extremely vulnerable to rising sea levels that are projected to rise 19 inches by 2050.

Should sea levels continue to rise, the cities will face loss of infrastructure, resources, and ultimately, economic opportunities. While the highest parts of the city will be safer from waters initially, it’s the lower parts, the ones on the beach or right by the water, that will almost certainly face these issues by the end of the century or even 2050.

This loss of economic opportunities then triggers the next issue: increased piracy. With the area being next to the pirate-filled Gulf of Aden, many speculate that more of its inhabitants will turn to piracy as global warming causes other ways of making money to become more difficult. This will then further harm the area’s trading opportunity with the Middle East and Indian Ocean, which are connected by this waterway.

But piracy won’t be the only problem plaguing these waters.  Perhaps a more dangerous problem climate change will bring about is ocean acidification, which is just what it sounds like. And as the ocean becomes more acidic, fish populations will either die off or migrate. Depleted fish populations will then likely increase tensions among Horn countries, as they will likely have to cross into each other’s territories or compete in international waters to access this scarce economic and life sustaining resource.

Finally, all these issues will likely all trigger one thing: mass human migration. As people in these countries realize that their homes now offer little or no economic opportunities or even not enough means to survive, they will move. Problem is, many outside areas may not be welcoming hosts. Many will likely be facing resource problems of their own, and ethnic or religious tensions may be at hand too. As people are forced to occupy areas they normally wouldn’t, it’s almost inevitable that there will be conflict among resources.

The Horn shows us a perfect example of how climate change will likely not only bring environmental issues, but political, resource, and military one’s as well, as people are forced to compete over scarce resources. While these issues have not reached most parts of the world to a significant extent yet, they won’t remain limited to the Horn should global warming get worse.

And many outside areas already may see a lot of these same issues soon. In the South China Sea, for example, which contains some of the world’s largest fisheries, climate change could force countries to become even more competitive than they are now over scarcer fish populations, and that could possibly even evolve into a naval conflict.

Then in our very own Miami, rising sea levels have caused higher flooding than normal. To make matters worse, the US government has predicted that there could be 11 to 13 feet of sea level rise in the area by the end of the century, and Miami is mostly only 12 feet above.

Point is, while as of now the Horn of Africa may just be some sort of far off guinea pig, there’s no reason why the problems it faces wouldn’t be able to happen here if things continue to get worse.