The Dangers of E-cigarettes… On and Off Campus 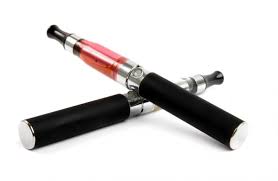 Today, young people all across the United States are being persuaded into believing that electronic cigarettes pose no real danger to their health. Among Florida high school students, one in five has tried electronic cigarettes, also known as e-cigarettes. Current e-cigarette use has doubled – from 5.4 percent in 2013 to 10.8 percent in 2014. Many young people and parents alike do not know much about the effects or dangers of e-cigarettes. Just this past October, a 21-year-old resident of Naples, Florida, was put in a medically-induced coma after the e-cigarette that he was puffing on violently exploded. When the device exploded, the mouthpiece shot down his throat and possibly exploded a second time in his lungs. Earlier in October, a California woman was awarded nearly $2 million after she was badly burned by an exploding e-cigarette in 2013. In 2014, an e-cigarette exploded in an English pub in Richmond, North Yorkshire, England, and nearly engulfed a barmaid in flames.

With close to 500 brands and 7,700 flavors of e-cigarettes being sold around the United States, the presence of nicotine and toxic cancer-causing chemicals has never been more present in our everyday lives. The U.S. Food and Drug Administration (FDA) has no oversight on these products whatsoever. Even when some brands say that they are nicotine-free, they may still contain the drug. For example, initial FDA lab tests conducted in 2009 found that cartridges labeled as nicotine-free had traceable levels of nicotine. Initial lab tests conducted in 2009 also found detectable levels of toxic cancer-causing chemicals in two leading brands of e-cigarettes and 18 various cartridges. Calls to poison control centers related to e-cigarette exposure poisoning are rapidly increasing, according to data released by the Centers for Disease Control and Prevention (CDC).

E-cigarette companies are using the same strategies previously employed by the tobacco industry to effectively market cigarettes to young people. Many e-cigarette brands offer products in fruit and candy flavors like cotton candy and gummy bear. Those types of flavors are especially enticing to young people. It is illegal to sell e-cigarettes to Florida minors, yet many of these products are available online, at mall kiosks or at local retailers, making them easily accessible to young people. While most tobacco products have faced marketing restrictions for decades, there has been a notable increase in the marketing of e-cigarettes, from TV commercials to billboards and music festival sponsorships.

Several local governments have already banned the use of e-cigarette in public buildings like indoor workplaces and hospitals. The Miami-Dade County Board of County Commissioners (BCC) unanimously passed a measure in February 2014 prohibiting the use of e-cigarettes in indoor workplaces. The Mayor of Miami-Dade County, Carlos A. Gimenez, a Columbus alumnus from the Class of 1972, supported the ban. The ban includes buildings under the control of the Public Health Trust, which oversees Jackson Memorial Hospital and Jackson Health System.

On January 14, 2016, I sat down with Mr. John P. Lynskey, Dean of Students and Columbus Class of 1978 to discuss his views on e-cigarettes and the Administration’s policy.

Alexander Santana: Good morning Mr. Lynskey, what are your views on e-cigarettes and how it has affected young people, especially high school students?

Mr. Lynskey: You see this very often in society; things that are supposed to be a cure end up becoming the same or worse than the original problem. Smoke is smoke; inhaling smoke from a vapor shark is no different from smoking a cigarette. There is nicotine in the liquid, so the addictive quality of smoking still remains. These things are dangerous as well; there have been reports of them exploding. A young man in the South Florida area was smoking one and it exploded. It burned his esophagus, broke his teeth, and he swallowed metal.

Alexander Santana: What is the policy of the Columbus Administration on the usage of e-cigarettes on campus by Columbus students?

Mr. Lynskey: Clearly defined; they are not allowed on campus. We don’t want them in your car or in your backpack; if anyone is caught smoking a vapor shark they are suspended immediately. We have zero-tolerance for e-cigarettes and vapor sharks.

Alexander Santana: What do you and the Columbus Administration hope to accomplish as a result of its ban of e-cigarettes on campus?

Mr. Lynskey: We want to keep our young men as healthy and safe as possible.

Alexander Santana: What is your advice to Columbus students when they are asked if they may want to smoke e-cigarettes at a party or social event?

Alexander Santana: Thank you for taking the time to do this interview.