Debate Excels in Kentucky at Tournament of Champions

Mr. Martinez
The seniors of the debate team solidified their place in Columbus Debate history with an outstanding showing at the 46th annual Tournament of Champions at the University of Kentucky. The Tournament of Champions (TOC) is the most elite and prestigious tournament of the year, where students earn invitations by placing highly in the major tournaments throughout the season (like the Masters in golf). Most programs throughout the country rarely ever qualify any students to this tournament, by qualifying three students to the tournament this year, Columbus Debate is considered in the upper echelon of debate programs nationwide. 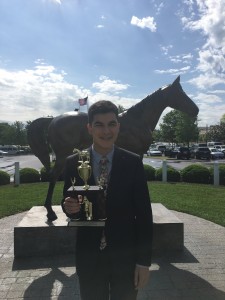 Leading the way for the Explorers, senior Thomas Barrera had the tournament of his debate career by advancing to elimination rounds in both of his events (Dramatic Interpretation and Oral Interpretation). In DI, Tommy won his quarterfinal round before ending his run in the semifinals. In Oral Interpretation however, an event where students create a program combining pieces of prose and poetry to create a story they advocate, Tommy made Explorer history by becoming the third debater ever from Columbus to make it to the final round at the TOC! The previous two were Carlos Gonzalez in Lincoln-Douglas (Class of 1993) and Joseph Perretta in Student Congress (Class of 2009). Tommy ended the final round in 7th place with his program Embraced, which is a strong piece he created about LGBTQ advocacy. In an intimidating final round, Tommy held his own and gave a riveting performance that brought one judge and a couple of audience members to tears with the power of his message. Also having an incredible run at the TOC, senior John Little III made it to the quarterfinal round of the very competitive event Humorous Interpretation. John John and Tommy become the first Explorers to qualify to the tournament in speech events, since the tournament’s founding. 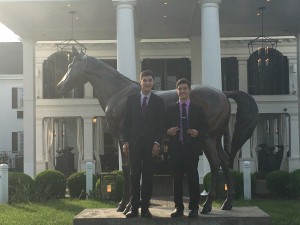 Lastly, in Lincoln-Douglas debate, Senior Javier Navarrete had one of the toughest strengths of schedule at the tournament and finished with a 2-4 record debating about the merits of free expression on college campuses. Five of the six debaters Javi encountered ended up in elimination rounds including two who ended up in the top 10 seeding overall. Columbus was only one of three Florida schools that qualified in the highly competitive Lincoln-Douglas debate division (Lake Highland Prep and Pembroke Pines Charter being the other two) and this is the first time since 2001 that Columbus had qualified to the TOC in Lincoln-Douglas debate. 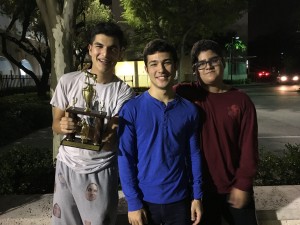 These three have raised the bar for the Columbus Debate Team and have had a season for the record books. While other schools lose debaters toward the end of the year due to fatigue or complacency, these three have really worked hard to earn their place in Explorer Debate history. The team has one last tournament ahead of them, the NSDA National Championship tournament in Birmingham, Alabama and I have no doubt this trio will continue to work hard to add one more line to their already impressive and record breaking debate resume as they compete for the title of National Champion. 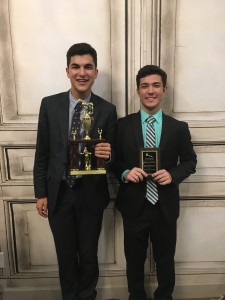 Thanks as always to Coach Ciocca and the incredibly supportive administration for your help in making all this possible,
Randall Martinez