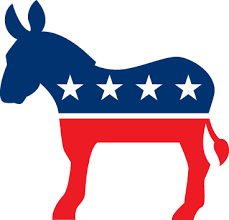 As expected, Hilary Clinton dominated Super Tuesday, a day where eleven states cast their votes in the primaries for the next presidential candidate of either Republican or Democratic Party. She won in seven out of the eleven states that voted last Tuesday. This gives Clinton a tremendous boost, and, combined with the super delegates votes, she’s on her way to becoming the candidate for the Democratic Party. Not only that, she won all of the southern states and took home a huge percentage of African-American votes. It would seem that she’s Obama’s heir.

Yet that isn’t necessarily the case. While he probably won’t get the nomination, we can’t underestimate the importance of Sanders’ campaign. He’s one of the few candidates in American history to run as a socialist and come fairly close to being the front runner of one of America’s leading political party. Never has a socialist candidate received so much media coverage. This may lead to increased interest in far-left politics that before this election simply would’ve been unthinkable.

While Clinton appears to be on her way to win the nomination, Sanders’ continued campaign will be detrimental to Hilary in the long run. For starters, the Koch brothers, an influential family that often donate millions of dollars to a presidential candidate, may endorse Bernie Sanders. This may seem extremely bizarre considering that the Koch brothers identify as conservative libertarians. Nevertheless they recently told Politico, “…we’re going to be continuing to speak out against corporate welfare as something that hurts everybody except those direct beneficiaries.” Also, as the Daily Caller points out, the Koch brothers are anti-war and recently sponsored a keynote on the subject. Both of these beliefs, criticism of corporations and a low-intervention foreign policy are key points in Sanders’ campaign. Of course one could also claim that the Koch brothers are only supporting Sanders to bring Clinton down, and that’s certainly a valid point.

Another point to consider is Clinton’s adjustment to Sanders’ success in young, far-left voters. Originally, Clinton portrayed herself as a moderate who was only liberal on social issues, yet as Bernie Sanders filled the role of the reformer, Clinton had to appear as farther left in response. As the New York Times points out Clinton now labels herself as a ‘‘a progressive who likes to get things done.’’ While this move surely satisfies the far-left, it isolates moderates and undecided voters. This will certainly be detrimental to Clinton’s campaign despite her victories on Super Tuesday.