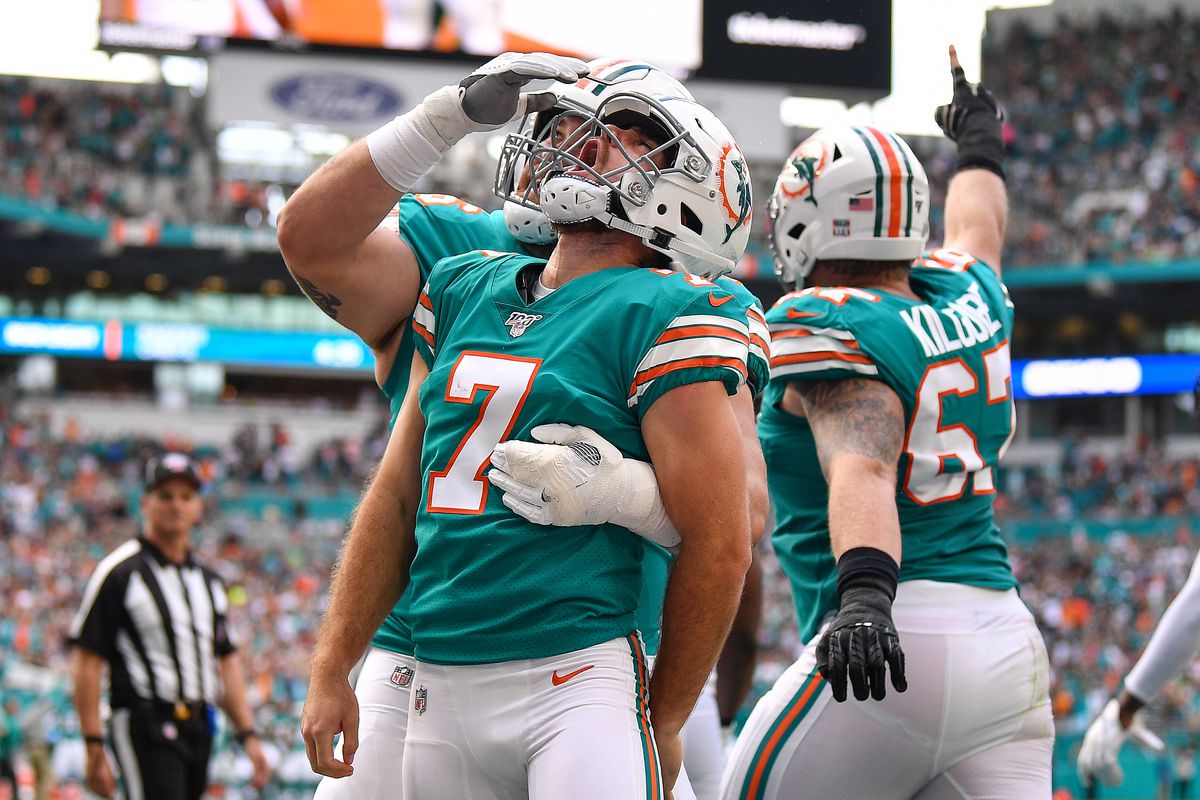 In Sunday’s game against the Jets, the Dolphins narrowly lost 22-21. The Dolphins scored 21 points without a single touchdown; every point came from kicker Jason Sanders.

This incredible game from Sanders displays his immense talent and importance to the Dolphins. He was drafted by the Dolphins in the seventh round of the 2018 NFL Draft, and so far, the kicker has been nothing short of amazing.

In his first year with Miami, Sanders converted on 18 of his 20 kicks; this 90% completion rate was the fifth-best in the team’s history. He also made 35 of his 36 extra-point kicks for the Dolphins last year.

The kicker has continued impressing in his second year in the league. In the Dolphins’ Week 10 matchup against the Colts, Sanders made all 3 of his field goals and an extra point, and his efforts won him AFC Special Teams Player of the Week.

Sanders won the same award again in Week 13 against the Eagles after the Dolphins defeated the Eagles at home. That game, Miami pulled off one of the greatest trick plays of all time. On a fake field goal, Dolphins punter Matt Haack threw a touchdown pass to Sanders for the touchdown.

Sanders was the first kicker to catch a touchdown pass since Jim Turner in 1977.

Sanders is one of the best players on the Dolphins, and it wouldn’t be a surprise if he makes the Pro Bowl.

Sanders has won the AFC Special Teams Player of the Week award in two of the last three weeks. With this game against the Jets, he’ll probably win the award again.