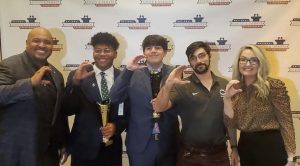 Those who frequent or stay updated with school news may have noticed that debate since the beginning of the 2021 school year has dominated its pages with award after award. Despite Mr. De Tuya’s protests I must say that it is this reporter’s opinion that Mr. De Tuya’s reforms are entirely to be accredited. His restructuring of what Columbus Debate is and how it functions from meetings to practice changed everything. His eagerness to go the extra mile and walk newcomers to debate through the intricacies have rejuvenated hope in its debaters. The question you may be asking yourself now is “Who is Mr. De Tuya?, where’d he come from, and where does he see the debate team in the near future?” These were some of the questions I asked him when I interviewed him last week.

Mr. De Tuya didn’t come out of nowhere he has been a part of Columbus since his time here as student and when asked about why he wanted to be teacher he talked to me about his story “Funny enough, I remember the exact moment I realized I wanted to become a teacher. I was sitting in OBs class, second row, third seat. He was deeply immersed in telling a story, and you could hear a pin drop in a room filled with some of our class of ‘11’s rowdiest. A thought hit me. I realized then, OB had something special, something worth pursuing. That thought stuck with me through high school and college and led me not only to education, but back to Columbus.” 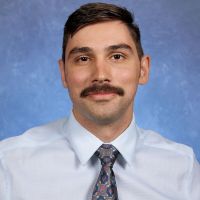 Mr. De Tuya despite being a very good debate coach and debater he didn’t debate while here at Columbus. Mr. De Tuya entered debate through college and was attracted by its interesting use of philosophy and research. He loves the sport and the competitiveness of it all, but in the end what drives him to keep the intense momentum going are the debaters themselves. Breaking what they thought was impossible in their own abilities and improving truly is what he cares about. To quote Mr De Tuya, “ Believe in the inherent value of the activity – however, it is ultimately our students that drive me to keep this team going and growing.”

Mr. De Tuya practices various martial arts, is an athlete, facial hair enthusiast, devout millennial Catholic and can play the guitar. When asked the final question on his outlook for the future of the team he told me in short that our achievements speak for themselves and that the new coaches have helped tremendously specifically Mr. Machado’s efforts to train our boys in speech events and Mr. Lynch’s work to create a powerhouse Model UN team and club. The club has also received an influx of newer debaters that have shown great potential and put in the effort to keep the team’s momentum going for another four years.

By Phillip CastroMay 27, 2022ProfileLeave a Comment on Gabe De Tuya: The Great Reformer