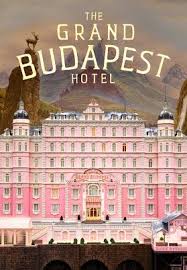 Since Wes Anderson’s directorial debut in 1996 with Bottle Rocket, it became apparent to viewers that Anderson had raw, untapped potential that, when perfected, would lead him to be among the most talented directors of the 21st century.

What separated Anderson from many of the directors of his time was his style. Wes Anderson’s palette and symmetrical based style was not featured in his first film; however, in his next film, Rushmore, viewers can begin to see the small influences of Anderson’s style throughout the film and as his films go on, Anderson begins to hone in on his talent and embrace his storybook-esque films. Although many of Anderson’s plots feature similar events and symbols, each film embodies its own style and palette which subtly lends itself to the plot. Anderson’s use of style in The Grand Budapest not only breaks away from the style over substance argument, its style is its substance.

The style over substance criticism is simply when a film’s main attribute is its visual effects and hope that the visual effects keep the audience distracted from the lacking plot. James Cameron’s Avatar was a financially successful film that illustrates this infamous dynamic of style over substance. The main feeling that Avatar implanted viewers after the film ended was “Wow, that was cool.” The plot was basic. The characters were flat and uninteresting. The visuals were a work of art. I read a tweet that described the mystery of how, despite Avatar being the most successful film of all time, it minutely influenced the film culture and is seldom discussed in any conversation. After pondering this thought, I realized that the reason it wasn’t referenced was because there was nothing to reference. The style lent nothing to the plot. The most the style did for the plot was distract the viewers from it.

Throughout The Grand Budapest, Anderson uses a series of filming techniques that all carry their own meaning and purpose. Despite Anderson’s whimsical and playful manner, Anderson is truly devoted to his craft and displays a passion and a love for film. Upon viewing Moonrise Kingdom, I was surprised by the opening message, which displayed a request to change the viewing ratio into what best suited the film. This small detail spoke volumes as many directors would be uninterested in the proper viewing of their films. The reason behind his choice of ratio is because it means something. The Grand Budapest is a great example of how Anderson elegantly and cleverly uses ratios to depict a message. Because of The Grand Budapest’s plot structure, three different time periods are covered and each period carry their own mannerisms into the film. When depicting the 1930’s, Anderson uses 1.3:1 ratio which is how standard films would be displayed during this time. The 60’s are depicted with a 2.40:1 ratio and the 80’s are styled in an 1.85:1, with the same reasoning that was previously stated. Although the aspect ratio allows for Anderson to get a variety of close, wide and medium shots, the ratio contributes to the plot and allows Anderson to seamlessly transition between the three periods. Anderson’s camera work also allows the viewer to deduct hidden messages that are subtly inserted throughout the film. One of my favorite methods that Anderson utilizes would be the combination of camera whips and zooms to give a feeling of shock in the characters. Anderson could have easily just cut to the other characters reaction, but through the camera whip, he produces a feeling that can’t be displayed through Images alone.

Anderson’s new film, Isle of Dogs, will be released March 23, 2018. Viewers should not be thrown off by Anderson’s use of stop motion animation as he has utilized it expertly before in Fantastic Mr. Fox. Anderson’s directing and ensemble cast (his usual cast of Bill Murray, Owen Wilson, and Jeff Goldbum will be joined by stars like Bryan Cranston and Harvey Keitel) will allow viewers to be submersed in the Wes Anderson atmosphere while also being able to enjoy his humorous manner. If Wes Anderson stays true to his style, Isle of Dogs would be a strong force in the academy awards and further legitimize Anderson’s status.