Hero to Ghost: Wish You Were Here and Syd Barrett 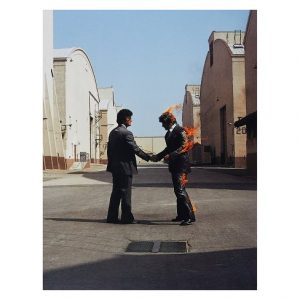 Music has been used by many to express themselves. Whether it be politically, socially, or religiously, people have utilized music to convey to listeners a specific feeling. Pink Floyd’s music focuses on what they believe to be truly pressing matters in their own lives. In their album Wish You Were Here, the band tells about the life and mental decline of Syd Barrett and the lasting detrimental effects it has had on the band. Syd Barrett was the lead singer of Pink Floyd and is credited with naming the band. He also spent most of his tenure writing lyrics and playing guitar for the band. Barrett eventually experienced severe mental decline and left the band in 1968. After his departure, the group was forced to dwell on this loss for many years and released this album to convey to their listeners the true reason behind Barrett’s mental decline. 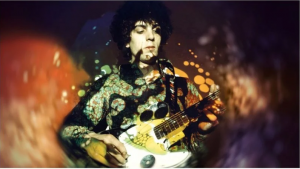 The album opens up with an instrumental filled with David Gilmour’s brilliant guitar solos, along with Rick Wright’s keyboard playing that gives the album a very eerie feeling. As David Gilmour opens up, he calls out to Syd Barrett and reminds him of his former glory. He tells Barrett to shine on, to revert to his younger self and shine out of this dark persona. When analyzing the album, one starts to realize the notion of a declining mental condition of Barrett because of his drug use; his eyes looked like black holes. Floyd continues to point out reaching for the secret too soon — referring to the use of drugs to reach another plane of understanding. As he reaches for this new plane of existence, the band no longer sees him as Syd Barrett, but as a stranger who had been mentally deformed by drugs. A mind that was young and undisciplined, plagued and destroyed by fame. Gilmour feels guilty about bringing Barrett to the band and introducing him to the record companies, calling Barrett a martyr; he was killed by the record companies, who controlled the band both financially, and socially.

The record companies steal their way into this album with the song “Welcome to the Machine”. It is in the perspective of the record companies, telling the band (more specifically Syd Barrett) that he is being controlled and he doesn’t even know it. Lyrics within this song—“we know where you’ve been,” “we told you what to dream,” and “you’re nobody’s fool,”—convey to the audience that he has no control over his own life. His dreams are merely a product of societal programming through multiple facets of media. The band then expresses to the audience the way that record companies lure people into their money hungry grasp. In the song “Have a Cigar”, it becomes apparent that most of these record labels have no regard for the band: one record label would ask, “which one’s Pink?” Floyd continues to convey this idea of the record companies’ greed for money, saying that they’re so happy they can hardly count and “everybody else is just green.” This song ends with the record labels telling Pink Floyd that the name of the game is “riding the gravy train.” The last word—train—is held for multiple seconds, signifying how record companies go as far as they can to squeeze money out of the bands they endorse. The band follows this song with the aftermath of this derogatory treatment of Syd Barrett.

As Syd leaves, Pink Floyd truly misses the person that he used to be. In the song “Wish You Were Here”, they convey to Barrett that he may be making the wrong choices. They ask if he can tell heaven from hell—right from wrong— or if the drugs have forced him to trade his heroes for ghosts: changing his good morals with destructive ones. The band continues to emphasize how much the drugs are affecting Barrett, until they become nostalgic: “How I wish you were here.” The band feels as though they are going in circles after Syd’s mental decline and they have been left with the same old fears, money-hungry record labels. They transition into saying that they’ll be joining him there, and bask in “yesterday’s triumph.” With this, they give Syd Barrett a farewell from Pink Floyd, and a glimpse at the future of Pink Floyd.