In Honor of Mrs. Irene Culmo 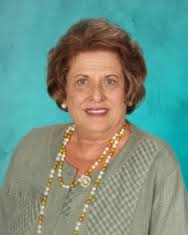 Even though I will never be able to be taught computer science by Mrs. Culmo, she taught me a lot when I was just saying hello to her in the hallways at Columbus. Her smile and kind words would always make me feel special whenever I would see her. This was a woman who you did not need to have as a teacher to know what kind of person she was. Just by meeting her you could tell that she was a woman of great dedication and someone who had a passion for teaching young men not only how to use new technology but also to be good and loving Marist men.

Mrs. Culmo taught at Columbus for 38 remarkable years. Columbus President Brother Kevin Handibode F.M.S. said that Mrs. Culmo, “Had a heart that knew no bounds. She was unbelievable. She was not only a great teacher but she cared for the kids after school.” From the first day being hired as a Columbus teacher by then Columbus principal and now current Library Director Brother Edmund Sheehan, to the last day she came to Columbus to say goodbye, Mrs. Culmo has always been a source of inspiration, compassion, and, most importantly, love.

When I went to her funeral mass at St. Thomas the Apostle Catholic Church on July 8, the amount of Columbus teachers, administrators, Marist Brothers, former and current students, family and friends there showed that Mrs. Culmo was loved by many and made a positive difference in the lives of many.

As an appreciation for all her hard work as a teacher and leader of the Computer Science Department for many years, Mrs. Culmo was inducted into the Columbus Hall of Fame a few years ago. 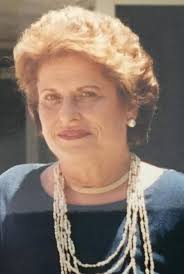 At the luncheon following the funeral mass Brother Kevin announced that the room she taught in in the Mas Technology Complex would be forever after be known as the Irene Culmo Room and a plaque would be placed on its wall in her honor. Brother Kevin also said that a new Financial Aid Fund would be created in her name.

Mrs. Culmo is survived by her husband of more than 50 years, Jim Culmo; four children including Columbus alumnus Tom Culmo; and 11 grandchildren.

Eternal rest shine upon her, O Lord. And let the perpetual light shine upon her. And may the souls of all the faithfully departed, through the mercy of God, rest in peace. Saint Marcellin Champagnat Pray for Us. Mary Our Good Mother Pray for Us. And let us remember to pray for each other.

Mrs. Culmo, you will never be forgotten. Adelante!