With Avengers: Endgame only weeks away from release, rather than looking back at the entire Marvel Cinematic Universe spanning 21 movies, I thought it would be interesting to look at the massive franchise from a more specific (and obviously biased) perspective. At the center of the MCU is Tony Stark, and his cinematic evolution in the past decade serves as an accurate metaphor for Marvel’s evolution as well. Iron Man’s armors have adjusted to the ever changing Marvel Universe, and I thought it would be interesting to look at some of the most memorable Iron Man armors that we’ve seen since 2008. This list isn’t necessarily a “favorites” list, but is made up some important armors that represent different periods in the history of the MCU.

Iron Man 2 may have been a disappointment when comparing it to its predecessor, but I believe that the movie has a reputation far worse than it deserves. Although Iron Man 2 did initially receive critical backlash, I personally feel that it builds on Tony Stark’s character and is an enjoyable movie experience in and of itself. When fans look back at the best elements of the film, I often hear the fight scene in Monaco being referenced. It’s in this scene which we see Tony Stark dawn the Mark V armor for the only time, and its definitely one of the most exciting scenes in the film. The Mark V isn’t as powerful as many of its other siblings, but serves as more of an emergency armor for unexpected situations. Disguised as a simple suitcase carried by Happy Hogan, when Stark is able to suit up in this crimson and silver suit, it more than evens the odds in the fight against Whiplash. It’s scenes like this one and others such as the prerecorded message left by Howard Stark for his son that make me remember Iron Man 2 in a positive light. 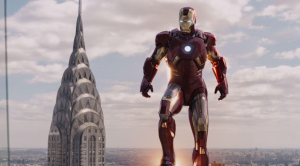 When Thanos sent Loki with an army to conquer Earth and retrieve an Infinity Stone in The Avengers, Tony Stark needed an Iron Man armor that was ready for war. The Mark VII is a bulkier armor that’s filled with all kinds of weapons, and it’s probably the Iron Man armor that’s most similar to War Machine. This suit is perfect for the first gathering of the Avengers, as it signaled the fact that the bad guys weren’t going to get any easier to beat. The Mark VII ultimately saved millions of lives when Stark guided a nuclear missile out of New York and used it to end an endless battle by destroying a fleet of aliens sent by a Mad Titan. The Mark VII symbolized a new age where just one hero wasn’t enough to save the world, and thus the Avengers were born. 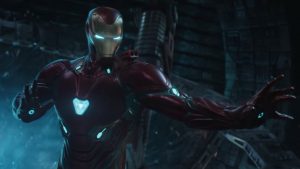 If the Mark VII was a suit designed for war, Avengers: Infinity War‘s Mark L was a suit that was built to keep Stark alive while taking the worst beating of his life. From nearly being killed by Thanos to losing most of his allies in a desperate battle on Thanos’ home, the Mark L’s unbelievable weapons and regenerative capabilities allowed Stark to survive through the Avengers’ greatest defeat. The Mark L is way more sci-fi centered than any prior armor, thanks to being made of nanotechnology. Overall, the suit fits in with all the strange aliens, magicians, and villains that Stark encounters in Infinity War for the first time. 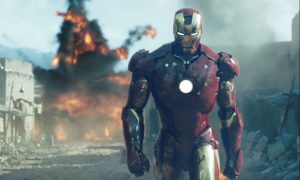 In many ways, Tony Stark’s first red and gold armor in the MCU is still the quintessential Iron Man armor. From its more simple design to its more realistic appearance, I believe that the Mark III is still the best movie Iron Man armor in terms of visuals. It’s somewhat laughable that when you watch 2008’s Iron Man, The Iron Man himself looks more real than in any of the more CGI-reliant films that we’ve seen more recently. Also, the first time Stark suits up in the Mark III still gives me goosebumps. When Iron Man goes to Yinsen’s hometown of Gulmira to save its residents from tyrannical terrorists, we get to see all of the potential that Iron Man will have in future films. Simply put, this is the armor that made Iron Man as iconic as he is today. 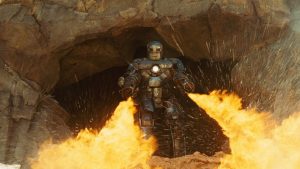 What would Iron Man be without the Mark I? Stark’s first armor symbolizes so many different things, all of them having to do with new beginnings for Tony Stark and for Marvel alike. This makeshift armor represents Tony’s redemption from a careless playboy into Earth’s best defender, as Captain America himself said in Avengers: Infinity War. With the help and sacrifice of his fellow captive Ho Yinsen, Tony Stark was able to become Iron Man, and the world of Marvel was better off because of this. Thanks to Jon Favreau, Robert Downey Jr., and everyone else involved in the production of Iron Man, the Mark I represents the birth of the MCU, and has brought together the entire world as an audience that has witnessed a landmark of a cinematic franchise blast off into success.