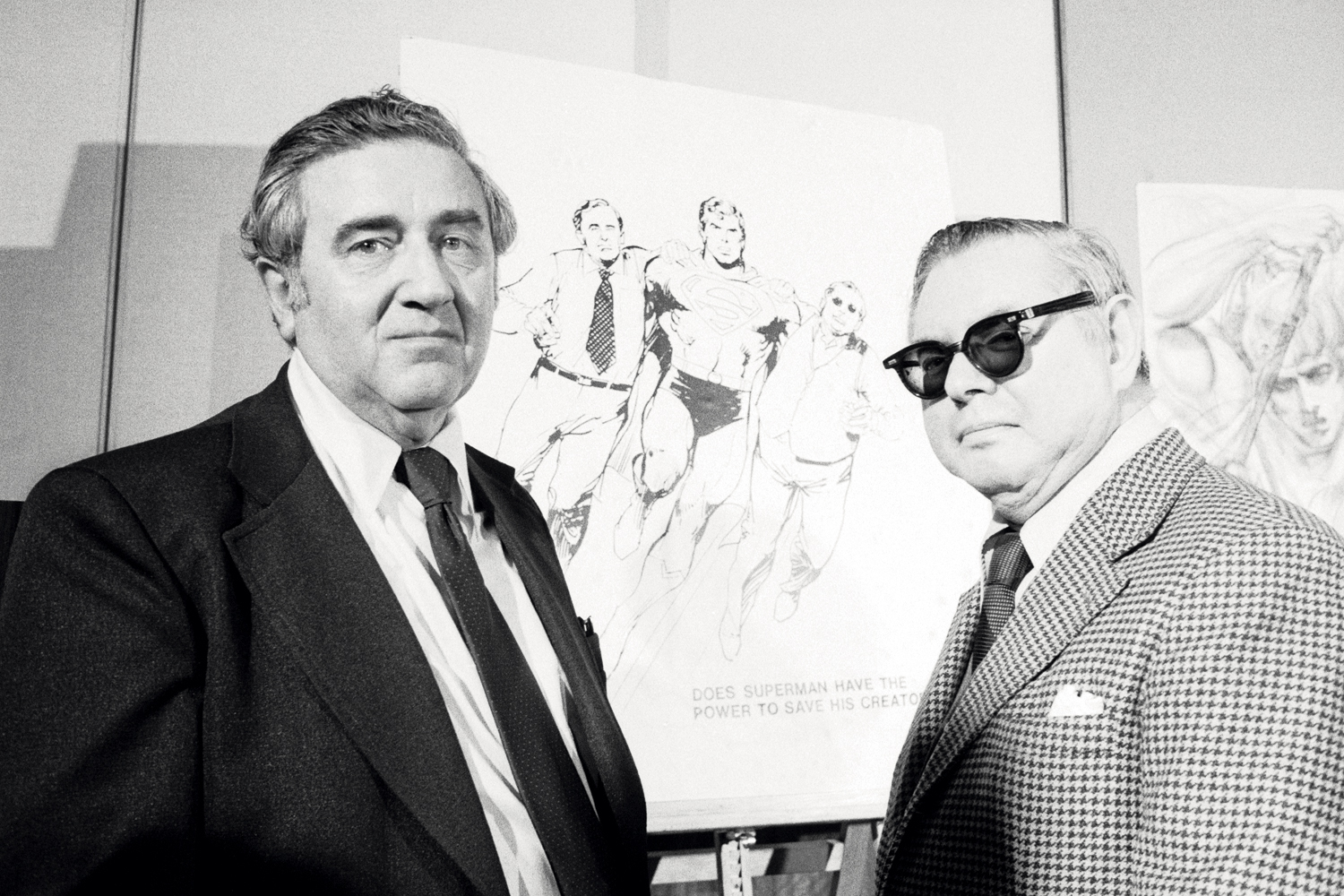 It all started with an idea. Jerome “Jerry” Siegel and Joseph “Joe” Shuster often worked together in the early 30’s, and always wanted to present the world with a super-man. In the early  years of the decade, Siegel and Shuster wrote drafts of what would be the world’s most famous hero, but it was a bumpy road to June of 1938, the release date for Action Comics #1 (also known as the first appearance of Superman). 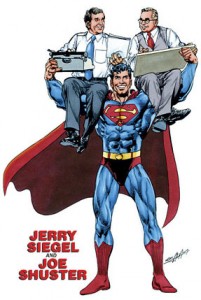 Jerry Siegel was born in Cleavland, Ohio, in the year 1914. As a child, Siegel enjoyed comic-strips and films of the early 1900s. In his high school years, he joined the school paper with his friend Joe Shuster. Siegel said “it was like the right chemicals coming together” when they met. Joe Shuster was born in Toronto, Canada to a Jewish family. When Shuster was still in elementary school he worked for the Toronto Daily Star. Around the age of nine, Shuster moved to Cleavland to meet Siegel.

In the 1930s, Jerry and Joe wanted to come up with a new comic-strip character, and were having difficulty in doing so. Siegel, being the writer, eventually pitched the idea to Shuster. Shuster, being the artist, designed Superman. His costume was inspired by heavy-weight champions of the time, and mythological garments such as a cape. Superman was featured on the cover of the first Action Comics. 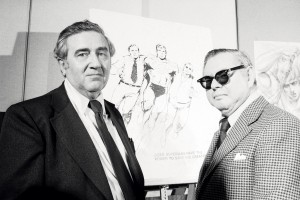 It was an instant hit. Siegel didn’t risk to see Superman become insignificant, so he sold his rights, along with Shuster’s, to the Action Comics publishers: National Allied Publications (the company that would become DC Comics). Siegel did not get his money’s worth at all. All of Superman’s ownership was sold for only $130. 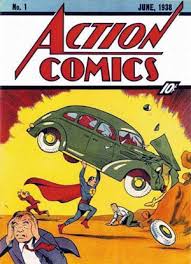 Everyone can assume that the rest of the Superman’s story continued with great success. Siegel and Shuster tried to gain the rights back, but they failed. Their names were even stripped off of Action Comics. Jerry Siegel would cover his identity wit’s the pen name “Joe Carter” which he would use to write for Marvel Comics. Shuster went down a more miserable path.

Joe Shuster couldn’t find anywhere to use his talents, so he was hired to do a book called Nights of Horror as an anonymous illustrator. This book features various wanton fetishes in Joe’s art, but he didn’t last long in this business. Shuster went off to live with his mother in Long Island and work as a freelance artist. Not long after, Shuster’s eyesight worsened, and he had to earn a living as a mailman.

While their creation was booming, Siegel and Shuster were neglected beyond compare. Shuster had nothing left to hope for, and Siegel’s efforts were dying down. However, Warner Bros. wanted to make a Superman movie in the 70s. It was predicted to be a huge success, especially once John Williams was going to be the music composer (Williams also composed the music for Star Wars). The movie did not go by unnoticed to Siegel, which really inspired him to strike one last time. He set a curse upon the movie in form of a letter, and Warner Bros. was surprised to say the least.

The people of DC Comics were surprised as well. Some of them did not know that Siegel and Shuster were even alive. The exhausted Siegel and neglected Shuster returned to Superman once again, but this time it wasn’t to write or draw. They returned in a way that can never be erased.

After Superman (1978), it was promised, in contract, and with special association with the Siegel family, that all released Superman media will never be official without the words “Superman created by Jerry Siegel and Joe Shuster.”

The rest of the duo’s lives were given the respect they had always deserved. In the 1980s, Siegel actually planned on writing one last Superman story to end the DC Comics universe before it was forever redefined with the infamous Crisis On Infinite Earths. Sadly, Siegel and Shuster both grew very ill, lending to their passing in the early 1990s. The long-waited Superman: What Ever Happened to the Man of Tomorrow? was instead written by Alan Moore, and illustrated by another legendary Superman artist, Curt Swan. However, Siegel and Shuster are forever remembered as part of the book in the dedication.

The story of Siegel and Shuster did not end in the 90s. From awards to new peaces of evidence relating to Siegel’s and Shuster’s lives, much has been discovered. In recent studies, it is evident that Jerry Siegel lost his father to a gunman as a young child. It is suggested by many that Superman was the avenger to Siegel’s father. And the underrated Joe Shuster is given dedication via a Canadian comic book award show introduced as the Joe Shuster Awards in his honor.

Both Siegel and Shuster will never be forgotten as the men who changed the world. Superman continues to inspire millions, to simply be known to billions, and its all thanks to the two kids from Cleveland.