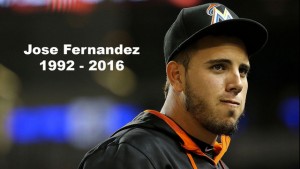 Baseball fans everywhere awoke to sad news Sunday morning, when it had been confirmed that Miami Marlins’ pitcher Jose Fernandez had died in a boating accident. Fernandez was one of three men killed in this accident when the boat they were on crashed into rocks. Fernandez did not die from drowning, but rather the shock of the impact. Following this news, the Miami Marlins cancelled the game that they had Sunday against the Atlanta Braves. News of Fernandez’s death spread quickly and social media erupted in response to this. Many athletes tweeted and posted about Jose and sent their condolences. A part of Miami died after the news had spread, as Fernandez was a role model to young baseball players everywhere. Fernandez was especially idolized by the Cuban community due to his connections with Cuba. Jose Fernandez was a young pitcher and seemed to only be getting better. 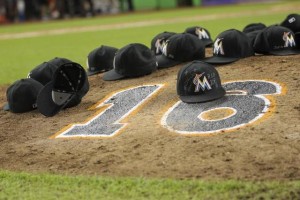 Last night the Miami Marlins faced the New York Mets following the death of teammate Jose Fernandez. Marlins stadium honored Fernandez by retiring his jersey number 16 and placing it all over the stadium. The Marlins played through their emotions and defeated the Mets 7-3. Marlins player Dee Gordon hit a solo home run and burst into tears by the team he reached home plate. Following the win, Marlins players stood shoulder-to-shoulder around the pitcher mound and tossed their caps to honor Jose. Not only talented but also a great role model, Jose Fernandez will be missed #16.

Baseball
By Nick JacobiSeptember 27, 2016SportsLeave a Comment on Jose Fernandez: You Will Be Missed