A Kids Movie Geared Mostly for Adults: A Review of Inside Out 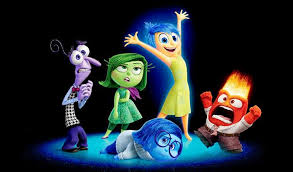 Pixar is back and better than ever. After three good, but not Pixar quality films, fans of Pixar were starting to worry that the super studio had lost its touch. Luckily with their latest release, Inside Out, they prove that they still know how to make a great and even near perfect movie. Inside Out has the studio’s trademark story telling along with some very funny and memorable characters.

Inside Out focuses on eleven year old Riley, who has just been uprooted from her Minnesota home and moves to San Fransisco. All of Riley’s emotions have a difficult time reacting to the sudden change, and chaos ensues. The less that is said about the plot, the better it is for those who haven’t seen the movie. In short, it’s a great story, and does a very good job of showing how difficult growing up can be.

Once again, Pixar does a great job of making a movie that both kids and adults can appreciate. In some cases, adults may enjoy the film more just because of how relatable it is to those who have gone through many of the issues shown in the film. The movie does a great job of connecting with its audience.

One way that the film really connects is through its great characters. Every emotion is portrayed perfectly by their voice actors, the casting was impeccable. The stand-outs of the emotions are Phyllis Smith as Sadness and Lewis Black as Anger, but everyone does a great job with their characters. Through these great characters, the audience can connect with Riley and her struggle. The characters not only come to life through the great voice cast, but through the amazing animation. Pixar once again hits it out of the ball park with its trademark animation.

In a Pixar movie about emotions however, there are bound to be several tear jerker scenes. There are not only some sad scenes, but very funny ones as well. The dialogue is very well written and the writer’s attention to detail shows. Speaking of details, keep an eye out for the subtle references to older Pixar films as well.

Overall, Inside Out is a great reminder of how good these animated movies can be. The detailed thought process that went into this picture is very apparent and the end result is a very funny, very emotional, and very enjoyable film. This is one that both kids and adults will love.