With Miami Dolphins’ starting quarterback Jay Cutler going down with a rib injury during last Sunday’s game verses the New York Jets, Matt Moore is expected to start at QB this Thursday night against the Baltimore Ravens. However, this injury to Cutler caused many to debate on who should be the starting quarterback once Cutler comes back. While there may not be a significant difference in talent between Cutler and Moore, there are many other factors that must be analyzed to answer the question of who should become the permanent starting quarterback. 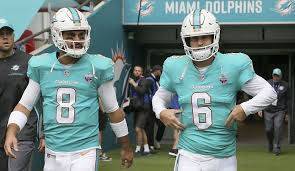 First of all, it is important to understand that Cutler is not liked by many of his teammates. In fact, according to a poll from USA Today, Cutler is the second least liked player in the NFL behind only Ndamukong Suh. In addition to this, Cutler’s laziness is apparent while watching him on Sundays, as many NFL fans consistently see him take his time snapping the football and throwing effortlessly off his back foot. He seems to give no emotion during the game and this leaves many fans and players dissatisfied with him.

On the other hand, Matt Moore has been with the Miami Dolphins since 2011 and has built trust within him and his teammates. He took over at quarterback last year when starting QB Ryan Tannehill went down and led the Miami Dolphins to their first playoff appearance since 2008. Dolphin fans have always been satisfied with Moore’s performance and players seem to rally behind him much more than Cutler. 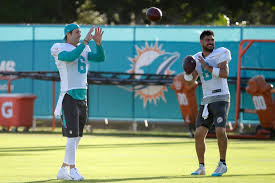 In conclusion, taking everything into consideration, Matt Moore appears to be the best QB option for the Dolphins for the remainder of the season. Will Moore become the new Dan Marino for the Dolphins? No, far from it actually. But for now, Moore is a much better than Cutler going forward.

One Response to “Matt Moore vs. Jay Cutler: Who’s the Better Option?”