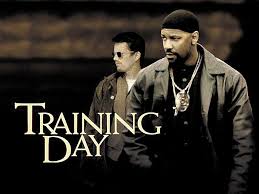 Only four black actors have ever taken home the Academy Award for the Best Actor in a Leading Role, and, of that already elite group, only one has been nominated for the award on four separate occasions – who is he? Denzel Hayes Washington, Jr.

More commonly referred to as just Denzel Washington, Denzel has been an active actor and filmmaker since 1974. Before beginning his career, though, Washington attended Mainland High School in Daytona Beach, Florida – about four hours away from CCHS. After graduating from high school, he moved to New York and went to Fordham University, where he played college basketball for coach P.J. Carlesimo. He actually dropped out for a semester, unsure about what to study, until someone suggested he try acting, and, well, the rest is history.

Since the late 1980’s – whether it be becoming a black high school football coach in a still-racist 1971 suburb of Washington, D.C. (Remember the Titans, 2000), portraying Malcolm X (Malcolm X, 1992), or more recently, being an alcoholic pilot who lands a faulty plane in a nearly-impossible manner to save the lives of many (Flight, 2012) – Denzel has been knocking movie roles “out of the ball park” on a regular basis, and has earned himself the right to be recognized as one of the best in the movie industry, having become one of the most decorated actors in Hollywood. I mean, you really have to try, hard, to find a sub-par Denzel performance.

Anyways, I know you’re wondering – which role got him the Oscar? Yes, it was, in fact, the role of Detective Alonzo Harris in Training Day (by the way, he got one for Best Actor in a Supporting Role 12 years earlier for playing Trip in Glory).

Training Day was released in October of 2001, and has a running time of about 2 hours. It didn’t accomplish anything “out of this world” at the box office (it had a budget of $45 million, and grossed about $105 million), but did manage to stay in the top-10 movies for seven consecutive weeks.

Basically, Officer Hoyt has just been granted a rare (for such an early stage in his career) transfer to the LAPD Rampart Division. Detective Alonzo is head of his own unit, and has decided to bring Officer Hoyt in, and take him “under his wing.” Officer Hoyt likes to do things by the book, but Detective Alonzo’s tactics are corrupt. The events that unfold are eye-opening and jaw-dropping, and will make you hope the system isn’t run like it is in the movie.

Director Antoine Fuqua placed a special emphasis on authenticity (he shot most of the film in real, dangerous L.A. neighborhoods):

“There’s  no other way to make this movie. You had to shoot it in real locations. There are so many incredible faces. There’s a texture you can’t get anywhere else. It made the actors, and myself, understand a little bit about the world we were portraying.”

He also placed a special emphasis on the casting. Entertainment Weekly said Tobey Maguire, Freddy Prinze Jr., Scott Speedman, and Paul Walker all tried out for the role of Officer Jake Hoy; however, after eyeing Ethan Hawke on TV one day, Fuqua paid no mind to any of their entries: “I said, ‘This is Jake.'”

Apparently, Fuqua sat down with Hawke to discuss the film for more than four hours, and said: “It’s one of the most interesting meetings I’ve had since I’ve been in the business.”

After being cast, Ethan Hawke knew that if he put on a show of his own, he could help Washington win the oscar. In 2013, in an interview on the Dan Patrick Show, Hawke shared the moment:

“I said to my close friends when I got that job, ‘If I do my job right, Denzel Washington will win the Academy Award for this’. It’s a ‘Jason Kidd’ job; You’re throwing the passes, and Denzel was making the shots.”

Looking back, the film actually featured quite the ensemble cast. It included a lot of today’s recognizable faces like Eva Mendes and Terry Crews, while also displaying the acting ability of household names in music, Dr. Dre and Snoop Dogg.

Ultimately, these things came together brilliantly, and Fuqua provided us with not a masterpiece, but a quality film of the 21st century (which have been hard to come by lately).

The acting speaks for itself, and Fuqua did a great job directing. David Ayer delivered an obviously above-average script, too, however, he can’t get all the credit. Yes, it gets you completely hooked from the first moments in the diner with Alonzo & Hoyt, all the way to the last scene, but the best line in the movie was actually ad-libbed by no other than, you guessed it, Denzel Washington.

It were those seven words that cemented Denzel as the best actor in 2001. That line should be – it is to me – considered legendary, if you love and appreciate movies.

Denzel Washington and Antoine Fuqua teamed up in 2014 for The Equalizer, and will be joining forces, once again, this year for The Magnificent Seven.

If you haven’t yet seen Training Day, I highly recommend watching it. It is available for streaming on Netflix.

Also, once upon a time (2005), in the early developments of his music career – before major success, or a record deal, or being nominated for 11 in grammys (all for the same album) – a young, 18-year-old Kendrick Lamar released his second mixtape entitled Training Day. The mixtape features bits and pieces of dialogue spoken by Denzel Washington’s character, Alonzo, throughout. You should check this project out, too (after watching the movie, of course). The mixtape can be found on MixtapeMonkey.com.