The Old Ways Are Best: A Review of Skyfall 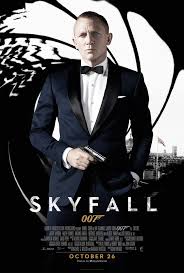 Quantum of Solace failed to live up to the success of its predecessor. With the announcement of Skyfall, all eyes were on Sam Mendes and Daniel Craig to bring the franchise back to greatness. After a strenuous film shoot that nearly caused both Craig and Mendes to quit the franchise for good, Skyfall was complete. Luckily for all involved, it was exactly what the franchise needed.
After being nearly killed in action during a vital mission, Bond (Craig) disappears, assumed dead by M (Judie Dench). When a dangerous man from M’s past returns to haunt her, Bond must come back with his loyalty to M pushed to the limit.
After a tense opening scene and excellent opening title’s with Adele’s Skyfall playing, we get a deep, personal story for Bond and M. Their relationship has never been explored this deeply making them more than just a boss and her employee. How their pasts come back to haunt them is intriguing to see, and the screen writers did an excellent job at making this story more than a run of the mill Bond movie. There are certain expectations going into a film with James Bond. Beautiful girls, awesome chase scenes, cool cars, and so on. What Skyfall does so well though is take the tropes and mix them in clever ways. True fans will notice the subtle nods to the past as well as enjoy the not so subtle ones.
As usual, Daniel Craig does a great job as 007. He shows that he truly owns the role in this film, keeping in line with the cold assassin from past films, while mixing in more of a suave element that was not there before. Aside from Craig, the new crew at MI6 do a great job making the popular roles that were absent from the first two Craig outings relevant again. The characters being brought back from older films do not feel forced either. The return of Q, for example, feels like the natural thing to do, and his diolouge with Bond is smart and funny. The real star of the new comers is Javier Bardem as the villain, Sylva. His introduction of a one shot monologue about being the last two rats is one of the best introduction to a villain in movies ever. Bardem plays the villain as a smart and creepy man with a dark past intertwined to M’s. It’s a brilliant and disturbing performance that Bardem nails perfectly.
The direction and cinematography also must be given high praise. This is one of the best shot films in the whole Bond series. Director Sam Mendez and cinematographer Rodger Deakins work to deliver a sleek film and they succeed masterfully. The high rise fight in Shanghai is one of the most visually arresting fight scenes to be put to film. They truly knew what they were doing when shooting this movie.
Skyfall truly is the best of both worlds, blending the dark and gritty tone of past Craig films, while also mixing the gimmicks of past films into one neat little package. With great cinematography and directing, superb acting, and a screenplay that goes above and beyond the typical Bond film, Skyfall makes for the perfect Bond film no matter what type of fan you are. Wether you prefer the old or the new, there’s something for you in this excellent spy film