One Last Time: A Review of Logan 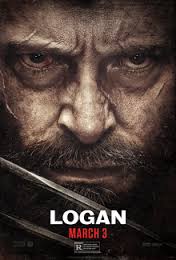 17 years have passed since the first X-Men film debuted in 2000. 17 years have passed since Hugh Jackman first debuted as Wolverine. In that span of time, the Australian actor has portrayed the character of Logan/Wolverine nine times, the most portrayals of a comic book character by a single actor in live action films ever. Clearly, the actor plays the role well enough for fans to want him to come back. Jackman has been claimed a perfect Wolverine for 17 years, but now, the time has come for him to retract his claws and play the role for the last time. The question now remains as to whether Logan will be a satisfying conclusion to Hugh Jackman’s career as Weapon X, or if this last film will leave fans wanting more.

The year is 2029 and mutants are nearly extinct. A broken Logan drinks his days away as a driver for hire while he cares for an aging Professor X/Charles Xavier (Patrick Stewart) on an abandoned stretch of land on the Mexican boarder. Their attempts to hide from their past lives are shattered when a young girl (Dafne Keen) enters their lives, bringing trouble with her. Now, Logan and Charles must travel cross country with the girl in order to get her to safety from the mercenaries known as Reavers.

Beneath the surface, Logan is deep character study of broken superheroes. It grounds characters that had previously been in far more fantastical situations and makes the world they inhabit believable. The film feels more like a western and serious drama that just happens to have superheroes as the main characters. The world shown is gritty, brutal, and realistic. The film transcends what a typical superhero film is and is truly a breath of fresh air in the tired genre.

The casting in the film is impeccable. Hugh Jackman and Patrick Stewart give it their all in their final performances as their respective characters. Hugh Jackman truly takes advantage of his final time playing Logan. He adds emotion to the character not seen before, making the emotional scenes more impactful. Patrick Stewart also plays Xavier in a unique way from his previous performances. He plays the ailing professor as a tragic character who also manages to be a good amount of comedic relief in a mostly somber film. There are moments of levity with his character, but not so much that it seems out of place in this very dark movie.

The other standout performance is Dafne Keen in her first ever film role. The young actress portrays Laura/X-23 with an intensity that rivals even Hugh Jackman’s as Wolverine. She steals many scenes, especially the action scenes she’s in. Child acting has truly come a long way and Keen gives a great first performance as X-23. Other characters include Boyd Holbrook’s villainous Pierce, and Stephen Merchant’s tragic Caliban. Both are great supporting characters that hold their own in a film very centered on its leading man.

The film earns its hard R rating with great scenes of brutal violence and constant cursing. This is truly not a superhero film for kids, which is part of the reason why it becomes more than the run of the mill super hero movie. The action scenes are shot clearly and with no shaker cam. Director James Mangold keeps the camera steady as much as he can, letting the audience see what’s happening when Logan and Laura pop their claws to fight their adversaries. They make for realistic and exciting fights which are only amplified by the great score by Marco Beltrami.

In the end, Logan’s mature story, strong performances, and great action help it become more than a simple superhero movie. It will no doubt go down as one of the best superhero films of all time, but it’s not only a good superhero movie, it’s also a great drama. Hugh Jackman gets to end his career as Logan on a very high note and ends the Wolverine story arc perfectly.