“Phantom of the Opera” Amazes 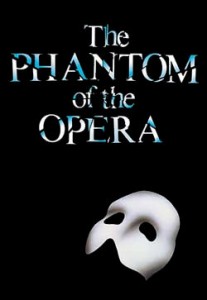 This past week, on Thursday, February 26th, a sizable group of Columbus students went downtown to enjoy a theatrical performance of The Phantom of the Opera.

Although I was amongst the lucky few that were allowed to seize this amazing opportunity, I, originally, wasn’t too thrilled about it. I thought it’d be nothing more than a nice way to get out of half a day of school. I was unaware.

Skipping ahead to the 1:05 on that very Thursday, we’ve arrived at the Adrienne Arsht Center and are settling into our seats, and I start to get comfortable for a nice nap. The lights dim, the curtains rise, the opening scene begins; I think to myself “I don’t see anything special here” and begin to make the mental preparations to settle into a state of hibernation. Abruptly, the first musical number begins with the flourish of what seemed to be an organ. At this point, I was captured. My plan to sleep through the performance had been shattered. That opening number entranced me, the drowsiness I’d been feeling vanished, and all that was left was a feeling of awe. I had no idea. How could I have known? I couldn’t have predicted that those 2 & ½ hours would be so spectacular. As the play progressed, my excitement would only grow, as I desperately waited for the next musical number to start, as I waited to witness the actors express the emotions of their respective characters.

Coming out of the theater, on the bus ride back to school, I gauged everyone else’s impressions and most people thought it was at the very least “pretty good”, and everyone agreed that some of the visual transitions and effects that occurred on stage were, in a word, awesome. Additionally, as far as I could tell, nobody was complaining that they disliked it, which is always a good sign. If it sounds like I’m just coming up with good things to say about the performance, then it’s probably because that’s what I’m trying to do; what can I say, I loved it.

Now, although I quite liked it and would recommend it to anyone that simply wants to enjoy an amazing performance, I’ll admit it’s not for everyone. I feel that it’s necessary to mention, however, that I don’t have a particular love from classical music or theatrical performances. In other words, I didn’t enjoy it because I like plays, I didn’t enjoy it because I love classical music, I enjoyed it because it was amazing, I enjoyed it because it moved me. If any of you ever get a chance to attend a performance of it, but you’re unsure whether or not you’ll like it, go for it, I’m certain that it’ll at least be more fun than spending yet another couple of hours power leveling your Pikachu. You, like me might discover something amazing.

So, truth be told, I’ve caught myself humming the opening theme quite a few times already, and have found that this music makes for really good studying background music, so I might be a bit biased by this point. I, however, can assure you that if you don’t give it a chance you won’t like it, but if you do…

One Response to ““Phantom of the Opera” Amazes”