Photo Essay: Prayer Service for the 200th Anniversary of the Fouvière Pledge

On July 23, 1816 – the day after their ordination – Marcellin Champagnat and a group of his seminary classmates visited this shrine in Fourvière, near Lyon France.

At the feet of this statue of the “Black Madonna” – venerated by pilgrims since the 12th century –these enthusiastic young men promised to establish a religious society dedicated to Mary. 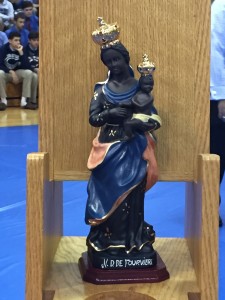 In making this Fouvière Pledge, they became the first Marists.

Today, in the gym, the Explorers of Columbus held a prayer service in honor of this being the 200th anniversary year of the Fouvière Pledge. Marist Brother Provincial and former CCHS principal Br. Patrick McNamara spoke to the Explorers about the five pillars of the Marist mission. 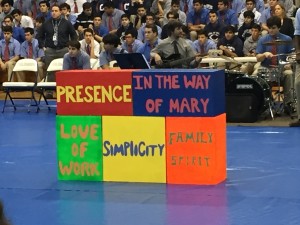 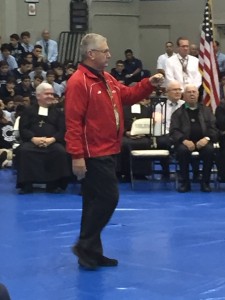 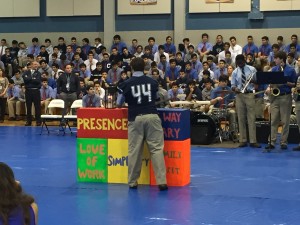 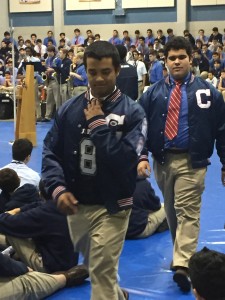 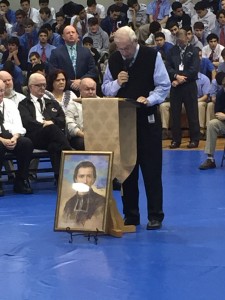 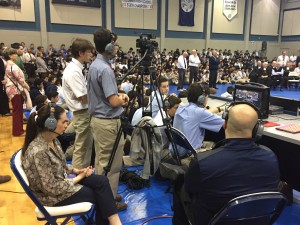 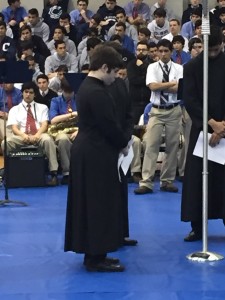 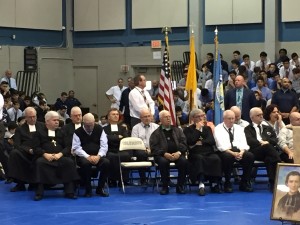 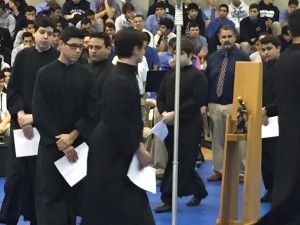 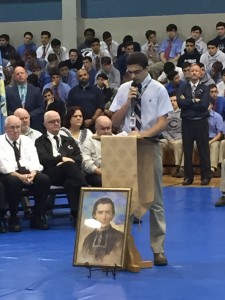 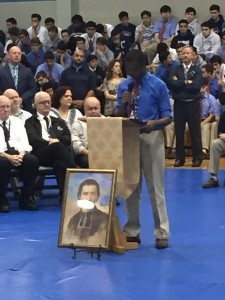 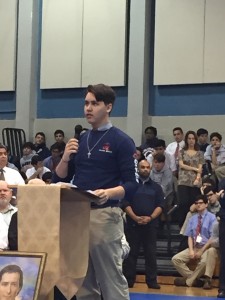 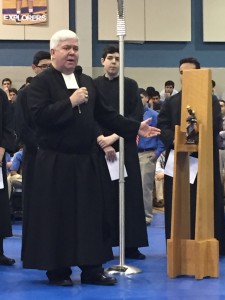 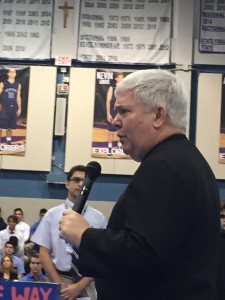 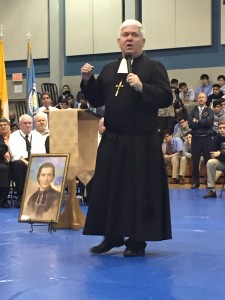 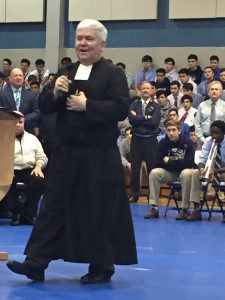 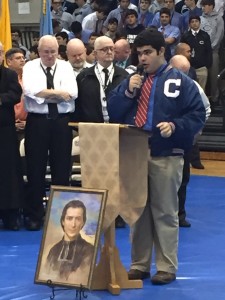 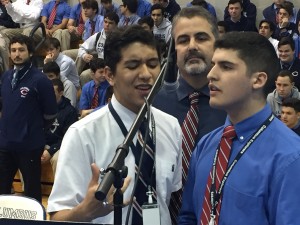 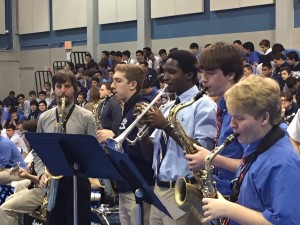 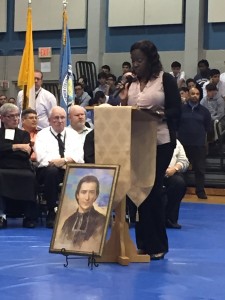 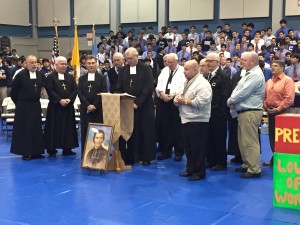 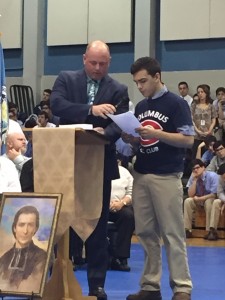 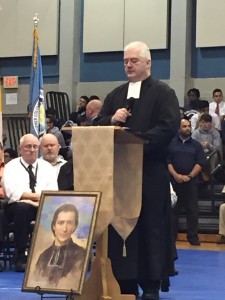 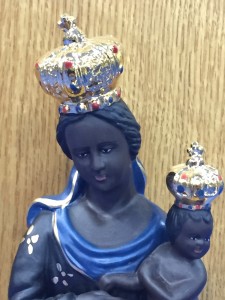