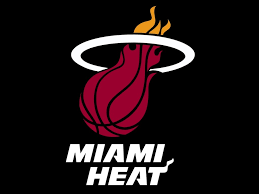 Following last season where they missed the playoffs by a few games, the Miami Heat look to bounce back this season and make some serious noice in the NBA Eastern conference. Last year, the Miami Heat struggled due to injuries to players such as Justice Winslow and Josh Richardson. Also, the loss of longtime “Heat Lifer” Dwyane Wade changed the way the team played and it took a while to adjust to. However, the Heat did pick up the pace as the season progressed, as they became the most winning team in the NBA since February. Unfortunately, that 11-30 start by the Heat was too much to overcome and they could not make the playoffs. This year though, things are looking bright for this one team.

The Miami Heat come into the 2017-2018 NBA season with a solid starting lineup and arguably the best bench in the NBA. The starting backcourt consists of point guard Goran Dragic and shooting guard Dion Waiters. Dragic, a speedy and aggressive player, will continue to push the tempo of the offense with his drives while also setting up his teammates in great positions. Dion Waiters, who had a breakout season last year, looks to be the main offensive weapon for the Miami Heat with his laser jumpshot and his consistent energy. There is no loss of talent when these two get get subbed out of the basketball game, as young guards Josh Richardson and Tyler Johnson keep the same energy going and do not let up offensively or defensively. The starting front court more than likely consist of SF Justice Winslow, PF James Johnson, and C Hassan Whiteside. Justice Winslow and James Johnson are two defensive superstars, who can also explode for many points when given the chance. James Johnson had a breakout season last year, while Winslow looks to bounce back from his injury. Center Hassan Whiteside looks to continue his domination of the paint and seeks to became an all-star this year for the first time in his young career. This front court is backed up by players such as rookie Bam Abedayo, new addition Kelly Olynyk, and role player Okaro White.

This young team’s future looks very bright and the Miami Heat looks to compete in the Eastern Conference this year. With good coaching from Erik Spoelstra and consist play from their players, anything is possible for this underrated team.