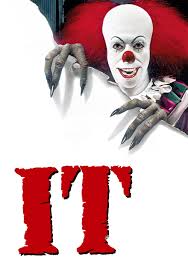 Despite only being released recently, Stephen King’s It may be the most important horror movie of 2017. The recent slew of Hollywood movies have been quite reluctant to dub the R rating onto their films due to fear of not being able to attract the largest potential audience. While trying to obtain the much less controversial PG-13 rating, Hollywood directors have had to significantly alter and supervise their content. Off screen violence, a constant need for comedic relief, and villains who do nothing worse than throw chairs around and drop kitchen appliances can all be featured in these PG-13 movies as a substitute for real horror and gore. These tropes seemed to be the fate of modern horror movies as directors feared taking the leap into the R rating.

These circumstances could only be changed by a film that dared to do what modern films have feared and failed to do. Stephen King’s It was exactly what the horror genre needed. Stephen King will do for horror what Deadpool did for comic book movies. These two films showed how, when properly executed, an R rated film can achieve great box office success (Deadpool had the largest opening weekend for any R movie ever and It had the largest opening weekend of any horror or supernatural film). Although neither of these were necessarily perfect films, the movie’s cinematic values are only enhanced through the freedom that is brought on by the R rating.

Despite It’s embracement of the R rating, to attribute all of the film’s success to its rating would be an injustice. An adaptation of a Stephen King novel tends to prove lucrative, however without attention to detail and a strong director (Stanley Kubrick’s Shining and, on the other side of the spectrum, Kimberly Pierce’s Carrie are perfect examples of how great and how unsuccessful a Stephen king adaptation can be) these movies can produce an undesired result. Stephen King’s It features all of the qualities that are needed to produce not only a great Stephen King adaptation, but a great horror movie and it receives the success that it deserves.

Understandably, the film is unable to completely adapt King’s 1100 page book and is required to split the book into at least two films and has to reshape the books plot into a more fluent and chronological order. Because of the plots need for rendition, this become its biggest (yet bearable) weakness. The movie’s first half does away with many minor events that are featured in the book and leaves only the character development that, after 7 characters, begins to repeat the same formula; one of the losers displays what his or her greatest fear is, becomes isolated from everyone in a dark environment, Pennywise finds them as the shape of what they have previous shown what their greatest fear is. Although the director is able to vividly and creatively display the fears of the children, the plot becomes a bit predictable and the fear is removed as it becomes clear that this is only character development and the kids are in no real danger. However, like I said, this flaw is bearable as the rest of the film makes up for it.

I highly recommend for everyone to see this movie as it offers something for everyone. Those who read the books are given complete fan service as discreet references are made that only those who had read King’s masterpiece would be able to notice. Those who have never seen the movie are treated to a horror film that supplied a powerful yet witty dialogue and brought fear into the audience in a creative manner. The movie takes a much less serious tone than that of the book: however, it works due to humorous dialogue and a sadistic clown. Seeing this film gave me a sense of relief and led me to be excited for the changes that this film will bring to the horror genre.