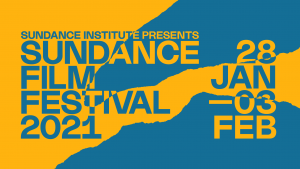 The Sundance Film Festival is an annual festival that many prominent film critics and movie enthusiasts attend in order to catch the “next big thing” cinema has to offer its viewers. This year, I was lucky enough to be able to attend due to the program’s virtual screenings brought on by the COVID-19 pandemic. Many of the films I viewed surprised me, and some either completely blindsided or outright disappointed me. I do want to take a moment to thank the directors of these 10 films for allowing me to view and analyze their works, and without any further ado, here is the ranking. 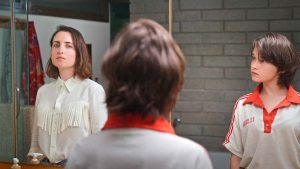 Rarely does a film this well-cast not hit the spot for me. Zoe Lister-Jones and Cailee Spaeny are really talented, and they have obvious chemistry. But the film that is crafted around them isn’t, being as how it revolves around the end of the world and the celebration that ensues through the eyes of different characters waiting to accept their fates rather than cower and become frightened. The comedic relief is AWFUL, however, as almost NONE of the jokes fall, which is extremely unprecedented considering the fact that you have Bradley Whitford of The Cabin in the Woods fame and Fred Armisen of Saturday Night Live in supporting roles. I think this is a perfect example of something that once seemed feasible on paper, but in execution became a travesty.

9. John and the Hole 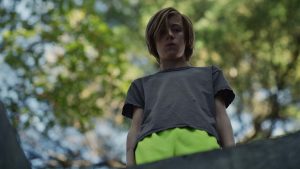 John and the Hole provides leeway for many excellent plotlines and takes on the psychological horror genre, but only manages to under develop its characters and squander such a good premise. However, the cinematography and camerawork is on point, providing the viewer with an artistic perspective on every situation. While it may satisfy some, John and the Hole is merely a remnant of something that could’ve (and should’ve been) great. 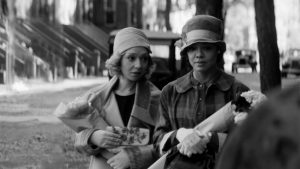 Passing is a glorious film, and one that really touches on identity and race issues in America. Tessa Thompson is magnificent, but Ruth Negga steals the show here as the two absolutely amaze and add on to an interesting script, a really delightful black and white cover, and fantastic score/editing. This is Rebecca Hall’s debut feature, and it shows that the established actress has potential to compete with the top directors today. It also bolsters Ruth Negga’s and Tessa Thompson’s resumés and continues to cement them as the best actresses working today.

7. On the Count of Three 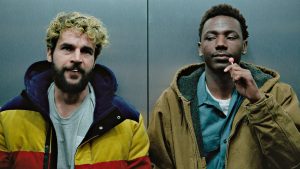 On the Count of Three is creative. It deals with extremely traumatic topics and manages to score a few laughs from the leads along the way. The whole film is a look at the importance of life itself, and its dynamic view in the eyes of the two protagonists. Their views either remain or change based on the experiences throughout the duration of the film, and it is the heart and soul that Jarrod Carmichael put into this feature that really drives it forward. The chemistry between Carmichael and Abbott is smooth and successful, and the shenanigans that the duo create are worth a watch or two. The film emphasizes that suicide is NOT the answer to everyday problems. Both characters struggle with their lives and believe that ending them would give them relief, but the film gives us many events that show our protagonists that they should keep on living, and subsequently learn to become better people in the eyes of society. Overall, this film is a success, and I can’t wait to see more from Carmichael in the future. 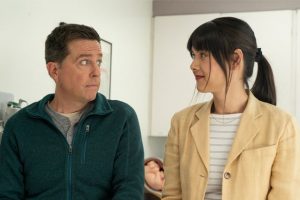 Together Together provides its audience with a heartwarming and sometimes heart-wrenching look at the platonic relationship between a surrogate mother and the expecting father of a child. Helms and Harrison share insanely brilliant chemistry and bring a soothing comedic relief to a subject that is so real and so telling. The only limiting factor that held the film back is its abrupt ending and cut to credits. I was personally expecting something more fulfilling given the direction the film took. Nevertheless, the film does power through as a real look at surrogacy and how it affects the involved emotionally and physically, as well as mentally. 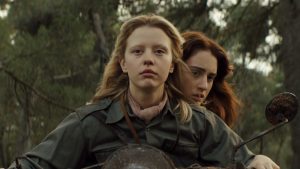 Mayday is a visually stunning, gorgeously crafted directorial debut brought to Sundance by Karen Cinorre, with fantastic performances from both Grace Van Patten and Mia Goth. The film has vital messaging related to breaking free of certain burdens, empowerment, and the purpose of life itself. It also provides insight into the occasional burden of man, and the moral empowerment of women in today’s society. This is definitely on my rewatch list when it gets a wide release, because the cinematography and the Peter Pan type world the film is mostly set in is so ravishingly breathtaking. 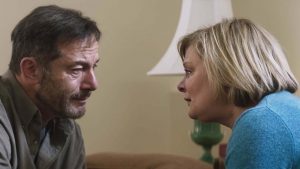 Mass is truly an acting showcase that deserves to be analyzed for much longer than its runtime. Jason Isaacs gives his best performance in this riveting drama about a pair of families affected by a devastating past event. This is a perfectly captured physical manifestation of grief and overcoming intense emotional trauma, especially since two families afflicted in different ways have to come together to gain closure and forgive one another. While Isaacs is phenomenal, Ann Dowd is impeccable. She really feels sincere and is truly afflicted by the events, and there are times where this doesn’t feel like a film, but a real conversation that involves two real families affected by a very real event. Isaacs, Birney, Dowd, and Plimpton should definitely receive much consideration for countless award ceremonies next year, and Kranz has definitely outdone himself with his feature debut. 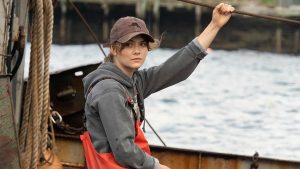 I thought the clear-cut best film at Sundance had already been decided beforehand, but I was so wrong. These top three films are all masterpieces and deserve every ounce of praise for what they deal with, how they do so, and other factors such as acting, direction, and script.  Emilia Jones shines as Ruby, the only hearing member of an otherwise deaf family. Her life is slowly turned into a self-induced ultimatum when she has to choose between her musical passions or her family and their business. I’m about to give an extremely hot take, so bear with me here. CODA IS BETTER THAN WHIPLASH. The plot-line is much more relatable to an average human audience, and presents the overbearing, heavy question “What direction should I take in my life?” We see that strain to choose displayed excellently through the eyes of a confident newcomer with musical range and talent. I’ve been reading some reviews and Eugenio Derbez hasn’t been mentioned half as often as he should be. I’m honestly starting to wonder if others and I viewed the same film, because he brilliantly plays a teacher that instills passion in our main lead, and helps rid Ruby of her minuscule insecurities that hold her back as a singer. CODA is also really funny mostly because of the immaculate chemistry on set among every actor. It is part of this reason that a truly well-written script is made even better in execution, and is a main reason that CODA is a top film at Sundance this year.

1. Judas and the Black Messiah (Tie) 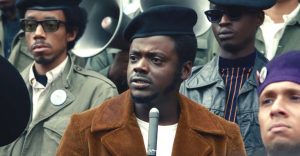 Shaka King’s latest outing Judas and the Black Messiah completely FLOORED me. It is easily flawless in its execution, and contains my favorite performance EVER from Daniel Kaluuya as Fred Hampton. Absolutely everything clicks with this feature, and I have just found one of my favorite films in a long time. Fred Hampton was a leader. A unifier. A true revolutionary in every logical sense of the word itself. And he was unjustly murdered by the authorities in 1969. This film cements Hampton as what he is and should always be remembered as: a true hero. The cinematography is quite excellent, the acting is immaculate, and the direction is without error, as Shaka King manages to create a cultural masterpiece that transcends the screen and etches its way into our hearts. 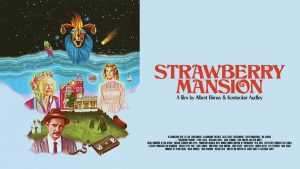 Ethereal while also so beautifully bizarre and full of chaotic insanity, Strawberry Mansion offers a more dystopian and futuristic look at our dreams and even more importantly our society today. It provides the viewer with a fitting message, while entertaining such with a romance that is one for the ages. This is such an amazing work of art, and is truly deserving of much recognition, as it is one that will especially do flawlessly with age. The film analyzes the dream world as stated above, and decides to elaborate more on the many burdens corporations and business monopolies place on people in societies every day in hopes of better controlling their lives. Strawberry Mansion could definitely remind one of 2019’s Greener Grass, which is another one of my favorites, because of its unconventional way of elaboration on a societal topic. While the latter focused more on the depriving and routine nature of everyday suburbia, this film decides to critique our society’s economical norms, and succeeds in exposing those who run conglomerates and companies that feed off our gullibility and selfishness. This film is personally one of my all-time favorites and will stick with me for a LONG time.

If you liked this list and would like to see more of my reviews and critiques, you could visit my Letterboxd page at https://letterboxd.com/masterofcinema/

By Andre ValeronMarch 9, 2021Art, ReviewsLeave a Comment on Sundance Film Festival: All the Movies I Saw, Ranked