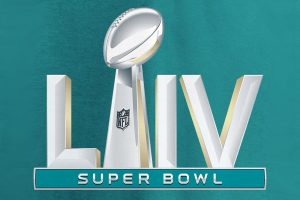 The NFL’s annual Super Bowl is finally back in Miami, and this one is definitely one to watch. This Sunday at Hard Rock Stadium in Miami Gardens, the AFC Champion Kansas City Chiefs will face the NFC Champion San Francisco 49ers. Let’s start off with the AFC. The Kansas City Chiefs finished at 12-4 this season and locked up the #2 seed, demolishing the Texans in a historic comeback effort and beating the underdog Tennessee Titans, who had knocked off the Patriots and Ravens in rounds prior. Patrick Mahomes has been firing the cannon this postseason after an injury-riddled regular season, and the Honey Badger has been making some wild plays that have helped the Chiefs make it this far. Travis Kelce, Mecole Hardman, and Tyreek Hill have all been more than sufficient on the receiving end, and the rushing tandem of Damien Williams, Lesean McCoy, and Spencer Ware should all prove to be dangerous against San Fran’s rushing defense.

Now, let’s take a look at the NFC Champion San Francisco 49ers. Led by their rushing attack composed of Tevin Coleman, Raheem Mostert, and Matt Breida, the 49ers captured a 13-3 record, capturing the #1 seed in the NFC. Nick Bosa was named to the Pro Bowl for the first time in his career as a rookie, and other players have been making an impact such as Jimmie Ward, Richard Sherman, Fred Warner, and Arik Armstead. The 49ers enter the Super Bowl as a defensive juggernaut, intricately composed and carefully chosen. On the receiving end of the 49ers’ offense, Emmanuel Sanders, Kendrick Bourne, and Deebo Samuel hold down the floor as deep threats.

The Super Bowl LIV Halftime Show is headlined by performances from Shakira, Jennifer Lopez, and Pitbull, and is sure to be a hit. Sunday should prove to subvert expections and be a monumental improvement from last year’s low scoring affair, in which the New England Patriots defeated the Los Angeles Rams. The NFL is nearing the end of its 100th season, and what better way to end it than with a fantastic Super Bowl? So, my final question to you guys, the readers, is: Who ya got?