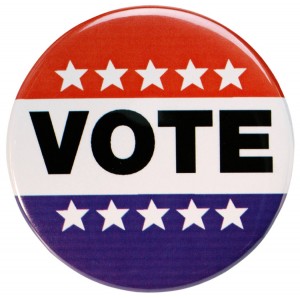 Today is no ordinary primary day. Rather, it is what many in the political sphere commonly refer to as “Super Tuesday,” a day that arrives during the primaries of each election in which around a dozen states open voting in Republican and Democratic caucuses. The results of these primaries then contribute to which candidate will represent each party in next year’s election. The states/ territories that will be caucusing are Alabama, Arkansas, Georgia, Massachusetts, Minnesota, Oklahoma, Tennessee, Texas, Vermont, Virginia, Alaska, Colorado, and American Samoa.

Although it is early in the campaign season, the results of this year’s Super Tuesday will inevitably alter the outcome of the 2016 presidential election. While the Democratic field remains relatively stable, what seems to be troubling both Republicans and Democrats equally is the fate of the Republican nomination. The Grand Old Party has been deadlocked in a multifarious tug-of-war between candidates all over the right wing of the political spectrum, creating a spectacle that has caught the attention of voters throughout the United States. The candidates that remain in contention for the nomination are Donald Trump, Marco Rubio, Ted Cruz, Ben Carson, and John Kasich, most likely in that order, with Trump resting at the top of most national polls. Super Tuesday has served in the past as the turning point of the campaign season, and it appears as though this year will be no different. With a large Republican pool still vying for a shot at the White House, Super Tuesday will allow the GOP to separate the boys from the men and allow the party to focus on which candidates have the greatest chance in next year’s election.

This reality has sparked a myriad of responses from different candidates. Most of the supporters of Trump’s campaign view this Tuesday as the opportunity to finally weed out the weaker competition in the primary races and ensure the real estate tycoon’s monopoly over the Republican nomination. However, for those in the Rubio and Cruz camps, Super Tuesday will be a cutthroat battle for second place. Considering none of the caucuses will be winner-takes-all, the two Cuban candidates hope to achieve enough votes to challenge Mr. Trump’s aspirations of claiming the White House. However, considering both candidates carry around the same weight of support, the two may very well end up sharing the votes, splitting the playing field, and failing to pose a substantial threat to their common opponent.

As for Carson and Kasich, well, it was fun while it lasted. While it may seem as thought both candidates have reached the conclusion that they are no longer competitors in this year’s primaries (especially after Carson begged his fellowing running mates to attack him in a recent debate), Super Tuesday will be the final stand for the candidates and their supporters. Tonight, it seems highly likely that Trump will hold onto to the forefront of the race. With this in mind, it wouldn’t be a shock to see the suspension of three campaigns once the votes are cast. While, as previously stated, it’s plausible that Carson and Kasich will be turning in their bids for the presidency, there is a chance that the American people will see the loss of another candidate: either Rubio or Cruz. Depending on their performance tonight, either may drop out of the race, dividing the Republican caucuses into two and providing the anti-Trump Republicans with a single candidate they can get behind. However, do note that all the accusations made above are purely predictions, and only time will tell which candidates will triumph and which will falter.