2019 had many amazing movies to offer on all fronts, from summer blockbusters such as Avengers: Endgame, war thrillers such as 1917, and crime dramas like The Irishman. However, only ten movies caught my attention. Before we get into the top ten, however, here are some honorable mentions:

Ready or Not, Fox Searchlight Pictures

Just Missed The Cut: Dolemite is My Name, The Two Popes, Us, Midsommar 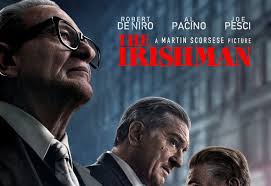 This movie reinvigorated the crime-drama thriller genre in many ways. With fantastic performances from Joe Pesci and Al Pacino, and a truly underrated performance from Robert DeNiro, this film hits on many cylinders. That run time though? The movie ran too long, with some scenes stretching longer than usual, and while many hail it as another one of Scorsese’s gems, I believe it to be just another enjoyable crime thriller directed by the man himself. 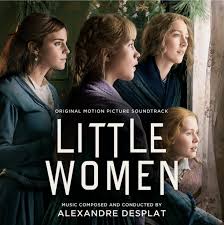 Florence Pugh and Saoirse Ronan are transcendent in this film, which was another take on Louisa May Alcott’s 1868 novel of the same name.  Little Women is a very emotional film, and sure to tug at your heartstrings. While the subject matter is repeated from the 1994 film of the same name, this take of the renown story feels wholly innocent and enjoyable. Alexandre Desplat once again composed a mammoth of a score that invokes an array of emotions, and Greta Gerwig has definitely struck again with Little Women. 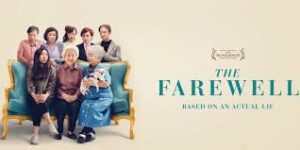 Wow, this screenplay is absolutely heart-wrenching. I personally am a big fan of A24 and I have watched many of their films, but this one just has a different feel to it. The Farewell follows Billi (Awkwafina) whose family has to return to China upon learning that her grandma, Nai Nai, has terminal cancer. However, the family doesn’t want her to know because they believe that fear itself, not the cancer, will kill her. I hadn’t heard of Lulu Wang before watching this film, and now she is one of my favorite directors in the entire industry. The way in which she takes a very sad premise and makes it uplifting is shocking to me. This is one of the funniest films of the year, with a very knowledgeable message of family and character. 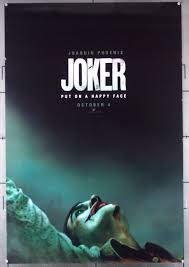 Joker follows Arthur Fleck (Joaquin Phoenix) as he endures a terrible day and slowly transforms into the Clown Prince of Crime, Joker. I personally enjoyed this film and the only reason I put it this low on my list is because the entire film is dependent on one factor—Joaquin Phoenix. And don’t get me wrong, he does spectacularly in the film, and should probably even get the Oscar, but without him, the whole film falls flat. Hildur Guðnadóttir produced another amazing score to put you in Arthur’s shoes, and she was on a roll last year, producing scores for Chernobyl and Joker. She also seems to be well on her way to collect the Academy Award for Best Score this year. While Joker definitely has its obvious flaws, it is a great film to study. 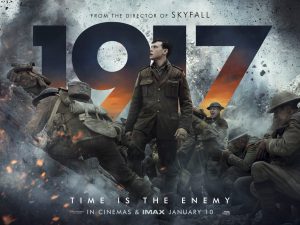 1917 delivered on almost all fronts, but where it came short was the character development. I’m going to keep this analysis succinct because I have a full one up already, but nevertheless let me explain. Roger Deakins is definitely winning an Oscar for cinematography, Sam Mendes has his best chance of capturing Best Director for the first time since Academy Award Winner American Beauty. But the film was so absorbed with the cinematography aspect that it forgot to build upon the characters that it had introduced in amazing fashion. However, this is still a monumental feat of cinema that needs to be watched.

5. Once Upon a Time in Hollywood, Sony Pictures 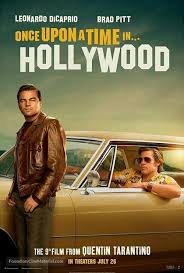 Quentin Tarantino is back at it again with his most personal film to date, which I find to bean absolute treasure. DiCaprio is stunning, Brad Pitt gives an extremely comedic performance, and Margaret Qualley gives a breakthrough performance. I feel like it’s best not to explain the plot however, because there are times where the film feels like it’s tackling two separate stories at once. There are elements of Charles Manson and of the dawn of the Golden Age of Hollywood, and there are only some parts where I truly recognized it as a Tarantino flick, but only Tarantino himself knows how to convolute a messy plot and amalgamate different plots into a fantastic film. 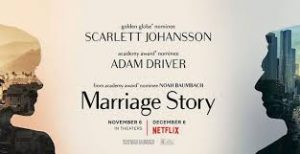 When this movie originally came out, I found it to be be a fortuitous work of art, considering there have been many movies that have dealt with the same plot material that have infamously failed. I still think it’s a work of art and Noah Baumbach’s magnum opus over Frances Ha, his 2013 jewel. Adam Driver is fantastic and Scarlett Johansson gives one of her best performances in any film ever. I still marvel at this film, and I’ve seen it so many times because it spreads such a realistic and gritty message about divorce, family, and especially love.

3. Portrait of a Lady on Fire, Pyramide Films 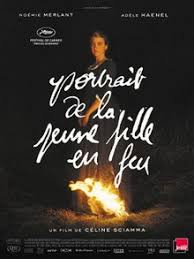 Not many people have seen this film, and it is a relatively small one and hard to find in most cinemas. However, if you get the chance to see this film, you won’t regret it. This is a tale of two women, one a painter (Marriane), the other one to be married to an affluent Milanese nobleman (Héloïse). When Marriane discovers that Héloïse doesn’t want to marry this man, she abandons trying to paint her portrait that would be sent to her betrothed. Throughout her stay at the island, the two women fall in love and share time together. Celine Sciamma needed to be nominated for Best a Director this year, and she was really snubbed. Portrait of a Lady on Fire is a true masterpiece from start to finish and is personally one of the best foreign films I have ever seen. This is a great example of how some films don’t need to be mainstream to garner attention.

The Lighthouse kicks things back a notch and slowly becomes one of the most unconventional films ever made. The film is shot in a grainy black and white, with dated audio and effects that make this 2019 hit look like a movie from the early 1900s, to glorious avail. Willem Dafoe was the biggest snub this year at the Oscars, as he put on the best performance of the year. It was so interesting to see both Robert Pattinson and Willem Dafoe exhibit every human emotion from the point of sanity to the break of insanity. Robert Eggers made a fantastic follow up to The Witch, and settles himself into the list of my favorite directors working today. 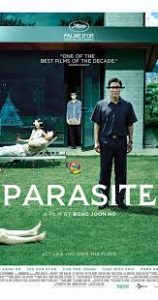 Foreign movies were excellent last year. However, Parasite was so excellent that I wouldn’t just consider it to be the Best Movie of 2019, but one of the best movies of the 2010s. Parasite balances a story of class, race, poverty, and wealth perfectly and in turn creates a fantastic film directed by Bong Joon Ho, who is my pick to win Best Director at the Oscars this year. The music is amazing, the acting is amazing, and the whole story is so gritty and realistic, spreading messages of class that need to be heard. Parasite changed film, giving us both a masterpiece and an achievement of originality that isn’t explored in film often.