Why Two Teams in L.A. Might Not Work Out. 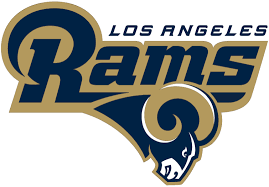 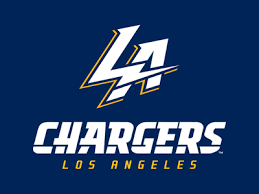 The San Diego Chargers announced on January 12th, 2017, their organization would be relocating to Los Angeles to join the Los Angeles Rams as the second team in the city. Many would say having a second team in Los Angeles is bound for success considering that it’s such a large market. Luckily, within these first two weeks of the regular season, fans have been given a sneak peek of what’s in the future for this team financially. While the new stadium for both the Rams and the Chargers hasn’t been built yet, we’ve been able to see a glimpse of how two teams in Los Angeles would operate and it doesn’t look good.

The Rams franchise was located in Los Angeles from 1946 to 1995 before they made the move to St. Louis, Missouri. They had already been built a loyal fan base there before they left the city of Angels. The largely populated city is flooded with mostly Rams fans. Now, in 2017, the Rams are back and better than they have been in a very long time. The offense led by sophomore quarterback and number one overall pick of the 2016 NFL Draft, has scored 109 points in three games, which is only 115 less than the Rams had all last season. Running back Todd Gurley seems to be out of the slump many fantasy owners thought he was in last season and the team itself has won two games and lost one game this season. The future is bright for the Rams in Los Angeles. They’re winning (for now) in a much bigger city than St. Louis and they’re winning in a town the Rams can call home. While they haven’t exactly beat playoff-caliber teams, this has created a buzz within the city of Los Angeles. The Rams are back and they’re playing good. It’s as simple as that. That statement alone can get the casual and hardcore Los Angeles football fan to spend money to head to the Colosseum and watch their Rams play.

On the other hand, the Los Angeles Chargers are in a completely different situation. I speak for a fair portion of football fans when I say “Los Angeles Chargers” does not have a good ring to it. The Chargers decided to relocate to a place that already has an established fanbase sewed into its city for the most part. Some fans might’ve seceded to another team in California. Two teams in one city has obviously worked in the past. The NFL has two teams in New York and their situation works out just fine. But that situation is different. The Giants have been in New York since 1925 and the Jets moved into New York in 1960. When the Jets moved in 1960, they were a part of the AFL in their own separate league. The fans didn’t have to choose whether they wanted to root for the Jets or the Giants at the time, they could root for both and it would be okay because it was two different leagues. By the time the Super Bowl era began in 1967, the Jets were already a decent team and had a fanbase established. Then, by the time the AFL merged with the NFL, the Jets had already been to two conference championships and won a Super Bowl. The Giants were going through their ups and downs by this point as well, so fans didn’t really lose too much when they had to choose a side. Both teams had established fanbases and loyal customers to both of their products.
The Chargers are leaving a city that they’ve been in for a very long time and have already established a loyal fanbase. It didn’t matter whether the Chargers were winning or losing, San Diego residents were going to pay money to go to their games. In recent years, the Chargers have been relatively decent, so there were chances of seeing them win in San Diego. The Chargers, like any team who relocates to another city, relocated to Los Angeles in search of a better financial situation, but I’m not sure that’s what they’ll be getting in the future. The Chargers organization have put the football fans in Los Angeles in a position to choose which franchise they want to root for because they won’t support both teams. Why would residents of L.A. start rooting for this new team joining the Rams, who were in L.A. for a very long time and have the groundwork laid out for building a much bigger fan base, especially when they’re not playing as good as the Rams? The Chargers haven’t given fans a reason at all to start rooting for them and I don’t think they will. I think the fans agree with me as well.

The Chargers have been playing in the StubHub Center while the Rams have been playing in the Colosseum. The StubHub Center holds up to about 27,000 seats. A normal preseason game in San Diego would lure about 45,000 to come and watch that game. The Chargers didn’t even sell out the StubHub Center in the home opener of the regular season. That says a lot about the issue at hand. If they can’t sell out a stadium of 27,000, what’s going to make them sell out the new stadium that will be built in a few years? If the Chargers aren’t selling out such a small stadium as of right now, Los Angeles (stadium, businesses, etc.) most likely isn’t making as much money as they would like. It didn’t help that the Chargers lost their home opener to the Miami Dolphins either. When the new stadium is built, most L.A. football fans are going to choose between whether they want to go to a Rams game or a Chargers game for the week and with the direction things are headed in, it looks like most fans would pick a Rams game. While the Chargers continue to only almost sell out the 27,000 seat stadium, they’re losing at the same time, L.A. isn’t making the money they would be making in San Diego, and the NFL isn’t making the money they would like to be making in the second Los Angeles franchise. Also, the Rams are doing as expected with their attendance, which is a positive, and they’re winning games while doing so, which is giving L.A. fans to continue rooting for the team they’ve grown to love over the past 50 years.

The future seems dark for the Los Angeles Chargers, but the NFL remains confident in a second L.A. franchise. The vision of a second franchise located in Los Angeles is probably mouth-watering for the NFL, but I don’t see it being as successful as they would like it to be. Hopefully, the Chargers and the NFL can prove me wrong, because I’d love to see a second Los Angeles franchise work out for the better. The idea is an interesting one, especially since two teams haven’t been in L.A. since 1994 (Rams and Raiders).
I also like the idea of the Chargers relocating. There are definitely bigger markets than San Diego that could benefit largely from having an NFL team there. I think, if the Chargers really wanted to relocate, they shouldn’t have gone to Los Angeles. I think the Chargers and the NFL should’ve done what they can to expand their borders. American football is slowly becoming a global sport. More countries are getting involved in following the NFL. The NFL have multiple games throughout the season in London and a game in Mexico City. The two cities I think would’ve worked out much better for the NFL and the Chargers than a second team in Los Angeles are London or Toronto. Football is already one of Canada’s major sports as they have their own exciting professional football league called the CFL (Canadian Football League). Wembley Stadium in London reels in about 83,000 fans for NFL games since the NFL started playing games there in 2007. I think the Chargers are an easy and perfect to team for a brand new city to get behind simply because of their mediocrity. Fans love being left hanging and love supporting their team. The Chargers are a talented team, but they’re not that good. They’re also not too good, which is good because it doesn’t make it easy for the brand new city to start rooting for them. Having a mediocre team like the Chargers in a brand new city could give those fans a chance to grow with them.