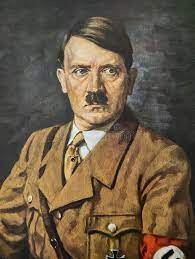 On April 30th, 1945 Adolf Hitler committed suicide in his bunker. He used a pistol after having taken a lethal cyanide capsule. The question we’ll answer today is what happened to the pistol Hitler used to take his own life? Well Hitler carried two versions of the Walther PPK and we don’t know which he actually used to end his life, however we do know a few things. Directly after his death, SS Major Otto Gunsher entered the room and retrieved the pistols, handing them to the leader of Hitler’s SS bodyguard unit. They were then picked up by the leader of the hitler youth, Artur Axmann who gave one to his associate Gerhard Veldzin and pocketed one. Both men would attempt to escape Berlin and eventually get captured separately. Axmann would live in Germany under a false name for years until 1949 when the US Army discovered him and questioned him. When asked about where the pistol was he said that he’d buried it next to a bridge in Berlin although this has never been verified. The second pistol ended up in Soviet hands and Stalin kept it in his office. Thanks for taking the time to read this obscure piece of history!

By Phillip CastroMay 27, 2022HistoryLeave a Comment on Wait.. Really?? What happened to Hitler’s pistol?