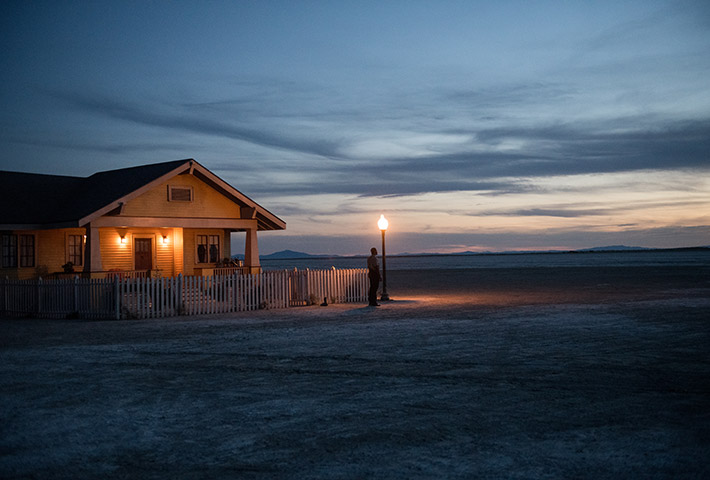 The last scud of day holds back for me;

It flings my likeness after the rest, and true as any, on the shadow’d wilds;

It coaxes me to the vapor and the dusk.

I depart as air—I shake my white locks at the runaway sun;

I effuse my flesh in eddies, and drift it in lacy jags.

myself to the dirt, to grow from the grass I love;

If you want me again, look for me under your boot-soles.

You will hardly know who I am, or what I mean;

But I shall be good health to you nevertheless,

And filter and fibre your blood.

Failing to fetch me at first, keep encouraged;

Missing me one place, search another;

I stop somewhere, waiting for you.~~

Excerpted from “Song of Myself” by Walt Whitman

Both Will (Winston Duke) and Kyo (Benedict Wong) are dressed eloquently, in suit and tie, ready for a concierto. The star of the show is a woman named Amanda, a woman who Will chose to enter life. You see, Will is an interviewer who has lived, and now has the opportunity to give others the same chance. Will and his companion watch as Amanda swerves off the road on the way there, crashing and dying instantly. The screen goes blank, as does Will’s expression. Two fathers have lost their daughter, the woman they have watched grow up and flourish as a musician.

The film analyzes life at its very core through its introduction of diverse characters that represent very real people from different walks of life. Among the group of candidates are two notable figures, Emma and Kane, played by Zazzie Beetz and Bill Skarsgård respectively. Emma represents an outsider who is charming, loving, yet eerily resembles the meekness of Will during his time alive. Kane represents strength, as he thinks more tactically, and is a realist. He represents the man who accepts there is more pain and suffering than hope and love, which creates a skillful juxtaposition between the two candidates. 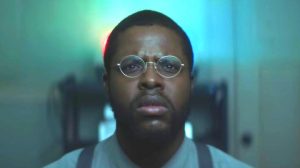 Will is lost, a prisoner of his own mind in an afterlife that he did not choose  yet has to live with. He suffers from a lot of what Amanda went through, including depression and anxiety, and this is what the viewer sees as the reason that he chose her. Throughout the film we see the stages of denial and grief portrayed through the eyes of Will, as he uses Amanda’s death to influence his many decisions when choosing the next candidate to replace the empty screen left by her absence. At first, Will is blank, and repeatedly tries to replay old footage to determine Amanda’s true cause of death. Denying the fact  that Amanda would simply hurt herself, he is visited by another of his fellow interviewers that chose Amanda’s cousin to enter life. What he discovers is that Amanda left a letter, implying she meant to harm herself. Will, broken and battered, causes chaos in the very room he watched his creation grace a delicate violin, as he has now come to the realization that his very creation has always been a delicate flower. He tries to bargain with himself, saying that he has no control over Amanda after her entrance into life, but falls into a deep depression, causing him to choose a hard-head in Kane over Emma, who eerily resembles Amanda through her mannerisms and behavior. 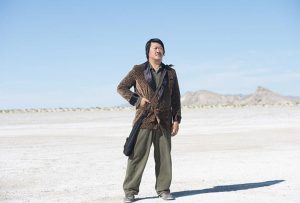 Kyo is Will’s assistant, the man who is behind most of what happens save for any interviews. He takes photos of the candidates, and helps them accept their denial into life if they are not chosen by providing them with an adequate experience based on something they viewed on the televisions that they enjoyed. Kyo has never lived, as he was one of the candidates who wasn’t selected but never disappeared, so he has a completely different point of view that helps to broaden the story and introduce new ideas and deepen the complexity of the plot. He is more sympathetic to Emma, as he sees the positive in her through her creativity and resourcefulness. Benedict Wong does a great job here, as he makes his presence felt in a film dominated by Duke and Beetz.

Emma is the most intriguing character written into Nine Days. From the first time we encounter her, we can tell she isn’t like all the others. When Will asks her the same question he asked every other candidate (to which he received an answer every time), Emma refuses to give Will a concise answer, immediately setting her off as a unique individual. She befriends Kyo, and is able to sneak in while the eliminated candidates are given an experience to remember before ceasing to exist forever. Throughout her time in the house, Emma is able to find the beauty in everything, even though she is not yet living. The viewer has a sense that she has the senses of a human, even if she isn’t technically one. Her connection with Will, however, is the best part of the film. Will sees much of himself in her, and is initially pessimistic, citing his own experiences as a living person. He doesn’t want to repeat the same mistake, by sending someone to live that would squander the opportunity. His own struggles cloud his judgement, and it isn’t until it is too late, at the very end that we see a change in his character, where he learns to accept Emma and begins to cherish her. It depends on the viewer, but one could infer he felt this way for Emma all along. 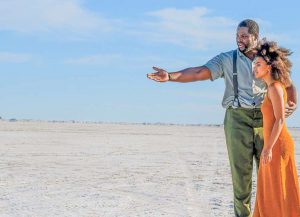 Walt Whitman’s poem is of utter importance in Nine Days, as its very lines represent the complex and introspective plot of the film. When Will was alive, he had a tumultuous life experience that caused him to lose a lot of his self-esteem and look down upon himself. It was not until he was forced to take over a lead role for an absent actor during a play that he stepped out into the spotlight, and “felt alive.” As the light shone on Will, he forgot about his loneliness, regrets, and insecurities, and rose above the rest of the mountain of life and the pillars of society that hold our world together. Since his death,  however, he has refused to relive this experience, as with his renewed vigor for life came memories of pain and torment attributed to his status in society. Throughout the film, Emma encourages Will to analyze himself, leading him down a rabbit hole concluding with his recital of Song of Myself  by Walt Whitman, in which through his words we see his experiences written on his face, as he comes to terms with how his life went and falls into a state of perpetual happiness, thanking Emma with tears in his eyes. 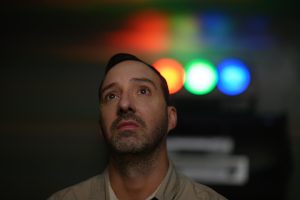 Nine Days is the most “Charlie Kaufman-type” film I’ve seen in a long time, as it is extremely emotionally introspective. I normally don’t let my emotions get the better of me when it comes to this genre, but this thorough analysis of life and what makes life so beautiful and wholesome brought me to tears. The idea that souls compete to live a life is extremely innovative, and its execution is fantastic on paper and through the lens of the camera. With a film like this, you’d think the director is seasoned, like a Martin Scorsese or a Charlie Kaufman even, but this is Edson Oda we’re talking about. This is the first I’ve heard of him and this might be his first big film. If that is the case, I am truly impressed.

Every shot and every frame looks like a painting you’d hang proudly in a museum, with bright hues perfectly complementing darker, more mature shades of purple or blue. The sky feels almost outlandish, yet the audience feels as if they have seen the same sky. The film’s score takes from the character Amanda, and is mostly orchestral in nature, with the many instruments combining during certain sequences to evoke a feeling hidden deep within the mind of the viewer, whether it be uncertainty, pain, happiness, or sadness. Nine Days is a masterpiece at its very core and broke me, making me think. I’m still thinking, even as I write this review. This is the type of film that stays with a person, and has them analyze themselves and the world they live in. This is a surefire Best Picture Nominee in my opinion this year, regardless of its eligibility. 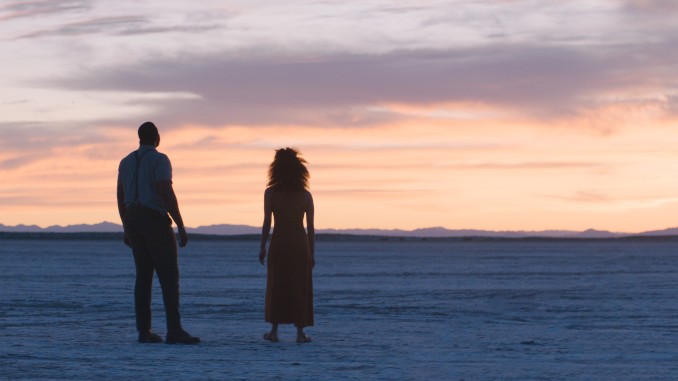